One of the anticipated movies of 2020 was the sequel of A Quiet Place called A Quiet Place II where the movie release has been delayed due to the pandemic case of Covid-19. Paramount Pictures announced that it will delay the release of ‘A Quiet Place II’ in the light of pandemic.

“After much consideration, and in light of the ongoing and developing situation concerning coronavirus and restrictions on global travel and public gatherings, Paramount Pictures will be moving the worldwide release of A Quiet Place Part II,” said an official from Paramount Pictures, they continued saying – “We believe in and support the theatrical experience, and we look forward to bringing this film to audiences this year once we have a better understanding of the impact of this pandemic on the global theatrical marketplace.”

The sequel was scheduled to be released on March 20, 2020, however, the new release date has not yet been announced.

Directed by John Krasinski tweeted about the delay in the release where he said “As insanely excited as we are for all of you to see this movie … I’m gonna wait to release the film till we CAN all see it together!,” he continued his tweet by saying “So here’s to our group movie date! See you soon!” 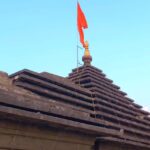