Srinagar: The central government is ready for the development of Jammu and Kashmir and no one can stop it. Home Minister Amit Shah has said that if the youth join hands to develop Jammu and Kashmir, the evil conspiracies of the terrorists will fail.

Amit Shah, who is on a three-day trip to Jammu and Kashmir, spoke at a public rally in Bhagwati Nagar today. Jammu and Kashmir together will move towards development. The union has already raised Rs 12,000 crore has been invested. The central government has set a target of providing Rs. 51,000 crore by the end of 2022.

For 70 years, three families have not given anything to Jammu and Kashmir. Only 87 MLAs and 6 MPs in the state were able to give. Prime Minister Modi has done his job of making the people elected here. Each village is a panchayat structure. The development work is underway.

A few days back in Jammu and Kashmir, there was news of the terrorists killing people. Amit Shah had visited, Inspector Parviz Ahmed’s residence in Naugam on the outskirts of the city after his arrival in Kashmir. On June 22, a police officer was shot and killed while returning home after completing a prayer at a local mosque. Amit Shah visited the residence of Inspector Pervez Ahmed, who was murdered by the terrorists last month, and consoled the family of a police officer while giving his wife Fatima Akhtar a government post. 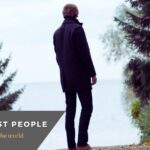