A lost kingdom said to have dated between 900 – 600 BC was discovered by chance in Turkey.

A stone with Hieroglyphs etched on it was discovered where it is said to be from the civilization ruled by King Midas, the legendary man with the golden touch.

The unusual find was discovered by a farmer in Ankara who came across a large piece of rock while dredging a drainage ditch on his land nearby where he tipped off the find to the authorities and the news reached an international team of researchers and archaeologists.

The farmer said that he found a large piece of stone with strange inscriptions which immediately excited the researchers where they rushed to the spot.

“My colleague Michele Massa and I rushed straight there, and we could see it still sticking out of the water, so we jumped right down into the canal – up to our waists wading around,” said Assistant Professor of Anatolian Archaeology James Osborne of the Oriental Institute at the University of Chicago.

He continued saying, “Right away it was clear it was ancient, and we recognized the script it was written in: Luwian, the language used in the Bronze and Iron Ages in the area.”

Luwian is one of the oldest languages and is one of the branches of Indo-European which the latest finding was written in hieroglyphics signs which is said to be a native of the Turkish area. Reading hieroglyphic signs is a task as it is read alternatively from Left to Right and Right to Left.

The team immediately guessed that these scriptures were written by the King based on the special hieroglyphic markings. This was written on a heavy stone which then the farmer helped the team pull with the help of a tractor. The stone was sent to the local Turkish museum for further research.

The researchers believe that the city covered 300 acres which would make the city as one of the largest during the Bronze and Iron Age. However, they do not know to which kingdom the city belongs to but it is a revolutionary discovery.

The stone tablet revealed after translation that he king was called Hartapu, and Türkmen-Karahöyük was probably his capital city. Where King Hartapu’s story of his conquest to the Kingdom of Muska which is home to King Midas.

“The storm gods delivered the [opposing] kings to his majesty,” the stone read.

Dr. Osborne who specializes in examining the expression of political authority in Iron Age cities said, “We had no idea about this kingdom. In a flash, we had profound new information on the Iron Age Middle East.”

The oriental institute linguistic analysis suggests that the engravings were made in late 8th Century BC which is during the time of King Midas. 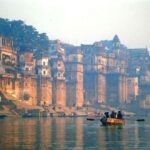