Yes, I firmly say that humans are treating cows as tissue paper because recently an incident in my life made me think about cows and I could only see human selfishness. who cares about cow’s problems? I wonder how cruel we are?

I bet you give more respect to cows after reading this essay… a small request!

Every day, you get up in the morning and ask your mom for a cup of milk, coffee or tea. At night, you’ll end up drinking buttermilk before sleep.

Here, you should note that from morning to night, we use cow’s products, right? I will let you know where and all we are using its products in our life, and you will be shocked to hear so.

Before that, I want to talk about the incident that made me think about cows.

One day, I went with my father to a place called Magadi Road, near Vijaynagar, in Bangalore, to buy some items for our store.

My father went inside the manufacturing unit and I was waiting outside sitting on the scooter till he arrives.

There I saw these poor Cows, Few minutes I observed those cows and it was really shameful for mankind and I was on the edge of tears.

As you can see in the above image, it was shot purposely by me to show you guys the reality of humanity.

You may ask me what is wrong in the photo everything perfectly fine, I can just show you the image but will not be able to express my observations in the photo right? will explain wait!

The cows were tied up to the ground and the weather was too hot. I saw surrounding if any guard present over there but no one I could find.

There was only a small part of the shadow available under the roof of the window, due to the heat that the cows were trying to adjust to stand in the shaded place, but it was a very small area and they pushed each other to protect themselves from the heat but couldn’t do so.

Another side because of cow dung spread over the place, a lot of house flies was irritating cows, how much ever they try to move them with their tail and by shaking their head it was not going away, it was entering their eyes, noes, and ears.

What you will do in such conditions? you will rub your eyes or take off the insect from your hand but what can these poor cow can do? The cow raised her back leg and wiped its eye, how difficult the animal life is.

Just think if you were tied up in hot summer and the flies irritate you all day how would you feel?

The situation could have been handled in a better way by the guard by placing them in a cool place and could have maintained some cleanliness, it may look simple matter but for cows, it’s a big deal.

You want cheese, ghee, butter, yogurts, icecreams right? watch this sample video how badly Cows are treated in farms, this is not just one farm in many countries they treat in the same way I can show you worst conditions then this but I won’t because I myself cannot see the cruelty one more time.

India is a diverse country in caste, religion, language, customs, and traditions, etc. Some religions worship the cow as God from ancient times, but many other religions see the cow as food.

As I said earlier, now I’ll explain where all the cow is used to satisfy man’s greed.

The fat of the cow is transformed into a product called tallow, the fatty acids contained in the tallow give it a soft and oily consistency that adds to the texture of body creams, cosmetics, soaps, and even toothpaste.

wait, wait, wait still not over yet, continue reading…

They are also used as lubricants in jet engines and have been tested as a biofuel for aircraft in the US Air Force. Hmm, they even created a demand for military purposes as well.

We use cows and cattle for essential medicines, such as insulin for diabetics and many other diseases, in addition to the medications that we also use for plastic surgery too.

Are you Vegetarian or Non-Vegetarian? I am confused, Do you know Gelatin which is made from boiling cow bones, it gives distinctive gummy texture to foods.

I know as children we love Gummies a lot but after seeing this video, You’ll probably never eat them again.

Give me a few more minutes to explain to you, how we treat the cows every day.

Every day, dairies need a large amount of milk. These are picked up by the farmer who has cows, but they do not let calf to take her mother’s whole milk because they want to sell milk and make money. The calf shouts for asking milk but they separate from their mother after some time, I have seen this personally.

Every day we throw plastic on the streets and forget about it, but do you know where does it go?

It goes directly to the stomach of the cow because humans know what to eat and what not, but they do not know right? It ends up getting diseases and, through its contaminated milk, even we humans suffer from various diseases.

The shaving blades we throw in the garbage that bags will be eaten by cows cut their throats, so I request you to throw garbage only in the garbage vehicles and dispose of the sharp blades and other material without harming animals. Here even the Government has to take steps in proper disposal of these types of materials.

Do you know this? When the cows are not productive enough, the guards send them to the slaughterhouses to obtain money, how can they send them after giving so many benefits to the humans? Have they forgotten humanity?

Will they send their mother after old age as waste to the slaughterhouse? I know it’s harsh words, but please try to understand why the difference between a human and an animal? both are living beings and have equal right to live.

The slaughterhouses torture the cow and kill, I wanted to show you the video but I myself felt very bad and it was violent when I saw it. If you still dare and wish to see you can search on YouTube.

I saw a horrible video where the cow was still alive and a person was cutting their flesh and the cow was screaming, so I just closed the YouTube tab itself.

I request guards not to send cows to these places for money. If you can’t protect and give food for them at least leave them alone somehow they will survive on the streets.

There is no end to the cruelty of humans towards cows, but I request you to share this article in all your social networks to bring awareness to the people. 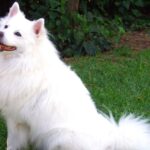 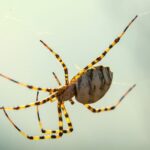