Billiards is the set of all the games that are played with spheres and spherical balls on a flat surface where the game is the ball in order so that the hit ball can hit other balls to reach the goal of the game.

For example, three-cushion billiards require that in order to score a point, the cue ball must be hit on a target ball and this object ball must travel up to three cushions on the table before hitting the second ball.

Do not hit three cushions or the second ball of the object causes the end of innings.

As a woman, she will have a lot of commitments with their family, friends, workplace, and many more.

Along with those commitments achieving something bigger in their life shows how passionate they are, so let us take some inspiration and we also work like them in our life.

Jaborejob: Give us a gist of your background and let us know what kind of person are you?

Umadevi: I am Revanna Umadevi Nagaraj hailing from a middle-class family, I went to school but I could not go for higher studies because of my unavoidable circumstances.

Jaborejob: How did you enter Billiards and what made you choose this field?

Umadevi: After a few years with my friends I was going to the Karnataka Government Secretariat Club during lunch hour to play table tennis. There I always saw this green tabletop and I wondered what it was.

One day I tried to learn it was billiards and I enjoy playing billiards. After 3 months there was one lady called Sridevi who took me to Karnataka State Billiards Association and got me a membership. I was practicing at the right place half an hour or one hour initially.

Jaborejob: Till now how many awards you got and what are your achievements?

Umadevi: I have received an Ekalavya Award in 2009 and Highest Civilian Award in 2018 from the President of India.

And also I have been in the 2nd & 3rd position for the past 20 years in Billiards and Snooker.

Jaborejob: What was your toughest situation in your life and as a player? How did you overcome it?

Umadevi: I was No.3 in Snooker in 2010 and I got the chance to represent India in the IBSF World Ladies Snooker Championship in Syria.

There was no salary for 1 and a half years it was a tough time. That time my husband pushed me up and also I pledged my jewelry.  He gave money to go to Syria.

Jaborejob: In every speech you mentioned that there was a situation where you decided to stop playing, can you brief what was the situation and how did you combat?

Umadevi: After becoming National Champion or State Champion there was no publicity except one paper or two papers, and people were behaving as if nothing has happened.

I had to tell that I was a National Champion. Initially, it was hurting, later on, I stopped giving importance for publicity.  I have been Concentrating only on my achievement now.

Jaborejob: Recently you got the award from the president on the special women’s day, what was the award and how did you feel about it?

Umadevi: I received the Nari Shakthi Puraskar Award from Shri. Ramanath Kovind, President of India, I feel proud that it is the Highest Civilian Award from the Government of India. It was a proud feeling.

23 years of hard work paid off from the Women and Child Development Department, Government of India.

Jaborejob: What are your goals and how do you want to achieve it?

Umadevi: My aim is to play well now. The next plan is to coach the Children in the future. I have my own Black Heart Tips Table from England.

Jaborejob: At the time of financial problems you face, how did you manage?

Umadevi: I never thought that it was a problem.   Whenever I could take a loan from my account I was thinking of participating in the World Championship.

And also I was pledging my jewelry for the past 10 years to take part in the World Billiards and Snooker  Championships.

My husband is very supportive.

Jaborejob: You have traveled across many countries, what was your experience and what you have learned from there.

Umadevi: I have gone to England (7 times), China, Netherlands, Syria, Egypt (2 times), Pakistan, Australia to participate in the World Championship. Initially, it was very difficult to converse with others.

I have been learning English, it is not difficult now to converse.

Jaborejob: For every person, there will be an inspirational person, from whom did you got inspired and why?

Umadevi: Revanna Umadevi Nagaraja is my inspirational person. Because whenever I was knocked down I had to get up from the ground.

Jaborejob: Can you describe the word “success”?

This has nothing to do with money, wealth or status as each person has different passions and loves.

Jaborejob: What is the message to the young people that they need to follow in their life?

Umadevi: Don’t stop your hobbies, you may not know someday your hobbies may turn into a profession and get you the success just like me.

If you are interested to play the game of Billiards and snooker with respect and joyful with Hard work if you have a passion.

Jaborejob: Will you recommend the young people to take billiards as a carrier.

Umadevi: Yes, Sure. Study first. Practice when you are free. 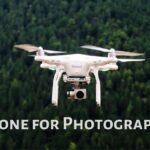 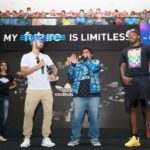