Mumbai: Bollywood actor Shah Rukh Khan is preparing for the Diwali festival this time. This is the first festival celebrated by the Shah Rukh family after the release of son Aryan Khan from jail in Arthur Road.

A team led by Inspector Sameer Wankhede was attacked during a drug party aboard a Mumbai luxury ship. Seven others, including Aryan Khan, were arrested on October 2 by the Narcotics Control Bureau. Aryan was released on bail by the Bombay High Court on October 28 after nearly three weeks of imprisonment. The matter is currently being heard in court.

Shah Rukh’s residence in Mannat, Mumbai, has made a festive mood, due to his son coming home. They put lighting around the residence and decorate beautifully. These photos are currently going viral on social media.

[ Also Checkout: Why most of the Celebrities use iPhone instead Android? ] 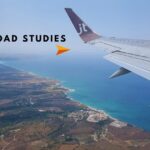