The traditional British Christmas celebrated by the majority of people in Britain today mostly dates back to Queen Victoria and Prince Albert and the German customs they introduced to their own family Christmases. Even today, the Royal Family has some impact on Christmas.

When the Hanoverians came to the throne after the end of the Stuart line, they brought their German customs with them, particularly those relating to Christmas. This continued when Queen Victoria married Prince Albert of Saxe Coburg and their Christmas customs were particularly influential because the royal couple put such an emphasis on family life and considered the great festivals like Christmas as a way of strengthening the bonds within the family.

It is said that Prince Albert introduced the first Christmas tree to Britain when he put one in Windsor Castle. This was a German tradition that probably has its origins in pre-Christian religions. It is thought that evergreen trees symbolized the hope of the coming spring. The Royal Family decorated their Christmas tree with hand-blown glass ornaments, gingerbread men, and hundreds of little wax candles, lit on Christmas and Twelfth Night. Of course, the custom was soon copied throughout the country.

The now traditional British Christmas pudding was actually introduced by the first of the Hanoverian kings – George I. The English in particular were famous for their love of suet puddings and sweet food in general so they were happy to adopt the German plum pudding (today’s Christmas pudding) with its lavish use of dried fruit, including raisins which were called plums in the 19th century, and suet.

The present Queen’s father, George VI, started the tradition of broadcasting to the Empire but he used the radio as the medium as it was the main means of mass communication. After the King’s death, Queen Elizabeth continued the tradition. In her first Christmas broadcast in 1952 she said:

“Each Christmas, at this time, my beloved father broadcast a message to his people in all parts of the world. Today I am doing this to you, who are now my people. As he used to do, I am speaking to you from my own home, where I am spending Christmas with my family. “

It was only in 1957 that the Queen’s broadcast was televised.

In earlier years, almost everybody would watch the Queen’s Christmas message broadcast at 3 pm on Christmas Day. Nowadays, some people still watch but it’s no longer as unmissable as it was once as deference towards the Royal Family has diminished. 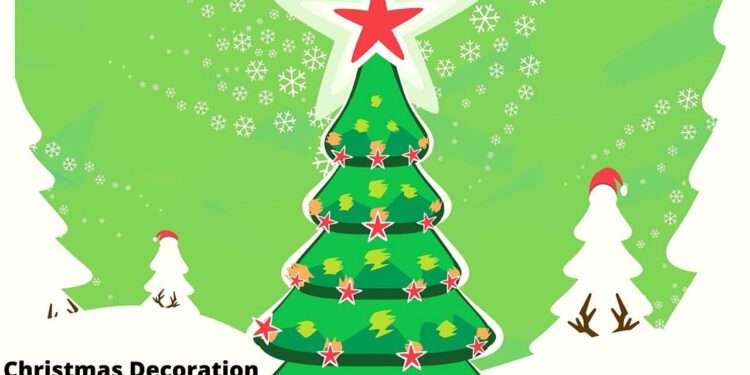 Are you a Parent? If so, you know how much your children love holidays because you have also crossed that age. That's why you may want to think about letting your children help to decorate for Christmas. Encourage your children to create their own…