There are new problems for the Laxmmi Bomb, starred by Akshay Kumar. A few days before the film was released on an OTT platform, the directors received a legal notice from Shri Rajput Karni Sena demanding title change.

Laxmmi Bomb, starring Akshay and Kiara Advani in the lead roles, will be released on November 9 on Disney + Hotstar. The film focuses on the character of Akshay possessed by the ghost of a transgender person.

According to a Zoom TV report, the legal opinion was submitted by lawyer Raghavendra Mehrotra, on behalf of Shri Rajput Karni Sena. According to the opinion, Laxmmi Bomb, was considered “derogatory” and “offensive” towards the goddess Laxmi and Hindu community.

He also claimed that the creators “deliberately” used the title Laxmmi Bomb for the sole purpose of lowering the “dignity” of the goddess and showing “disrespect”. He added that the name sends the wrong message to society as a whole about “the ideology, customs, gods, and goddesses of the Hindu religion.”

[ Also Checkout: Why Most Of The Celebrities Use iPhone Instead Android? ] 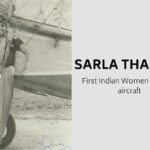