Fondly called Missile Man of India and one of the most respected President of India, Bharat Ratna awardee, and a role model for generations to come. India is remembering the death anniversary of Dr. APJ Abdul Kalam.

Born on October 15, 1931, in Rameshwaram, Tamil Nadu Avul Pakir Jainulabdeen Abdul Kalam was born to a boat owner and imam of the local mosque, Jainulabdeen and his wife Ashiamma who was a homemaker.

During his early schooling years, he struggled and he used to sell newspapers to support family income and his education. But his commitment towards studies and bravery enough to overcome his hardships to achieve the dreams is what makes him one of the inspirational stories for generations.

Dr. Kalam studied Physics and Aerospace engineering and worked at the Defence Research and Development Organisation (DRDO) and Indian Space Research Organization (ISRO) for 4 decades. He later was assigned to India’s civilian space programme and military missile development efforts where he became known to people as a Missile Man of India for his work towards the development of ballistic missile and launch vehicle. He played a pivotal role in Pokhran-II nuclear tests.

Dr. Kalam was elected as 11th President of India who was preceded by K. R. Narayanan in the year 2002 and he was supported by both BJP and INC. Widely referred to as People’s President, Dr. Kalam returned to civilian life after serving for 1 term.

Having won many awards including the highest civilian honor, Bharat Ratna, Dr. Kalam led a simple life. While providing a lecture at IIM, Shillong collapsed and died of an apparent cardiac arrest on 27th July 2015. He was aged 83 when he passed away and he was buried in his home town with full state honors.

Remembering the death anniversary, DRDO observed silence and paid floral tribute to the people’s president today which the event was attended by DGs and Directors of DRDO. 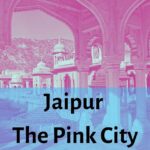