Almost everyone on earth knows what a dolphin is. There are many theme parks that offer dolphin performance for our enjoyment and it becomes the center of attraction.

We’ll start with some general dolphin facts first. Dolphins are warm-blooded mammals that live in water. While most live in the oceans, some can also be found in freshwater rivers.

Although they live in water, they still breathe air. They do this through a blowhole located at the top of their head. A muscle covers the blowhole when the dolphin dives, retaining the air so that the dolphin can swim underwater or dive for food for several minutes.

Dolphins have a layer of fat that isolates their body and keeps it at a constant temperature. The thickness of this fat varies according to the species of dolphin. For example, dolphins that live in extremely cold waters have a thicker layer of fat to insulate their bodies than those in warmer waters.

Dolphins are carnivores. That means they eat meat to survive. They hunt using echolocation. They make sounds and observe how the sound bounces back to them to determine where the food is and for navigation.

Many times dolphins hunt in groups. The group circles a school of fish, trapping them in a tight group. Then, one by one, each dolphin jumps into the school of trapped fish and eats them.

An example: Bottlenose dolphins generally have pods with 10 or 20 members. Killer whales (which are actually dolphins) travel in pods of 8 to 50. The spotted dolphin travels in huge pods of 2,500!

The lifespan of a dolphin can vary. Most live between 20 and 25 years. However, some species can live much longer. In fact, the striped dolphin and the pantropical dolphin can live up to 50 years, sometimes longer.

Now we will move on to some amazing facts about some dolphin species. The first is the very popular bottlenose dolphin. It is often the most popular species of dolphin and is also the species most studied by scientists.

Bottlenose dolphins can reach 13 feet. They consume up to 30 pounds of food each day. Some of the bottlenose dolphins in the wild adventure get close to the swimmers and some even allow people to touch them. They can detect sound at frequencies more than 7 times higher than what people can hear!

The spinning dolphin is a fun dolphin to watch. This type of dolphin spirals like a football when it jumps out of the water!

Another interesting thing to see is a killer whale when hunting near the shore. The killer whale has been known to slide up on beaches to drive seals and other animals in the water, where another whale will wait to catch and eat it!

They have a large beak that is as long as 15% of their body. The Chinese river dolphin is on the verge of extinction due to the construction of dams. It is estimated that only 100 individuals remain.

As much as people love dolphins today, they have struggled to survive with the people around them. In the 18th and 19th centuries, dolphins were hunted for oil found on their heads. This oil was used to lubricate watches.

In the 20th century, fishermen learned that dolphins hunted tuna. The fisherman would follow the dolphins to catch the tuna. These fishermen used a net to surround the tuna and thus transport it in the boat. Unfortunately, it also caught and killed the dolphins. From 1959 to 1972, around 4.8 million dolphins were killed in this way.

In 1996, dolphin conservationists worked with Congress to pass legislation to protect dolphins from this type of fishing. This law is called the Dolphin Protection Consumer Information Act. This act stipulates that tuna canning factories cannot label their tuna as “Dolphin Safe” unless the tuna is caught in accordance with the specifications of this law. The law has worked because most consumers will not buy tuna other than “Dolphin Safe”.

Another threat to dolphins that has been noticed recently is noise pollution. The fact that there is more noise in the water due to humans (boats, machines, submarines, etc.) How do dolphins and other animals affect?

Since dolphins use echolocation to hunt for food and to navigate, all of these other human-made sounds significantly distort things for dolphins. Not only is it difficult to find food and it can starve the dolphin, but the noise in some areas can be so loud that it can physically hurt and kill it! Something must be done to prevent this from happening to this beloved animal!

I hope you understood dolphins better now. These beloved creatures have touched the hearts of many with inspirational tales, movies, theme park performances, and even a delightful long-running show called “Flipper.” If we want them to remain on our planet, we must be educated about the species and we must all work together to protect them. 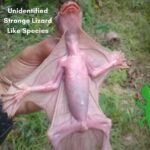 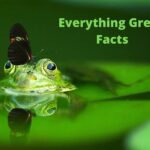