Oldest Cities in the World

Every city in this world is special and holds some unique facts about them. However, the ancient cities in the world have a lot of stories to unfold as they have rich cultural heritage, an intriguing history, beautiful architecture and tales engulfed with the evolution of human civilizations. Let us dig a bit deeper and know some amazing facts about the top 10 oldest cities in the world.

Top 10 Oldest City in the World

Aleppo is a beautiful city that dates back to about 5,000 BCE. It is located between Mesopotamia and the Mediterranean Sea, which is why it is at the centre of the ancient world. The city has beautiful artefacts and buildings that showcase the diverse cultures of the city. The Ancient City of Aleppo in Syria is listed as the UNESCO World Heritage site. It is also listed as one of the sites in danger as many of the monuments have been destroyed or damaged due to various conflicts in the city.

Aleppo has been facing serious devastation since 2012; however, its rich culture still attracts many.

Al-Madina Souq in Aleppo is known worldwide for its silk, local products, and spices. Some of the significant monuments in Aleppo are Al-Shibani Church, Aleppo Citadel, and Bimaristan.

Athens in Greece is regarded as one of the oldest cities globally and is the birthplace of political science, western philosophy, democracy, mathematical principles, theatre, and Olympic games. That is why Athens is also famously known as the “Cradle of Civilization”.

The year of its establishment dates back to 4000 BC. The old city of Athens hosted the first-ever modern-day Olympic games. Athens has a lot of attractive sites like the Parthenon, Acropolis of Athens and Daphni Monastery.

Varanasi is an ancient city and is one of the oldest cities in the world. It is known as various other names like Banaras, Kashi, or Benares and marks the significance of Hinduism. It shows signs of life as old as 11,0000 BC, and the city is known for attracting tourists as well as pilgrims from all across the world. Hindu pilgrims who visit the city bathe in the holy river Ganga. There are more than 2,000 temples in the city, and it is known for sacredness.

Many people also visit the city to perform the funeral rites at the river Ganges.

Jerusalem is another one of the top 10 oldest cities in the world. It holds a lot of importance for the Christian, Jewish, and Islamic faith. The earliest inhabitant of Jerusalem dates back to 2,800 BC, and with such a history, it would be really safe to say that the city has been through a lot, including being attacked, besieged, and captured many times.

Jerusalem is known for many historical monuments and religious sites. It is also a UNESCO World Heritage site. It is home to several amazing sites, including the Temple Mount, the Old City, and the Mount of Olives.

Argos is a beautiful city, and its existence dates back to 5,000 BCE, which is why it is known as one of the ancient cities in the world.

Argos is home to many civilizations and is the birthplace of Perseus, the son of God Zeus and Danae. Currently, many archaeological monuments in the city are abandoned. Many remarkable monuments are the Ancient Agora, Ancient Theatre, and Criterion of Argos.

Argos is known to have many Greek myths and is the birthplace of Perseus, the son of the god Zeus.

Mantua is a beautiful city in Italy, and its existence dates back to 2000 BCE. Opera was discovered in Mantua, and Claudia Monteverdi’s L’Orfeo was composed for Mantua’s court in the 17th century. Mantua is highly known for having ties to the noble family of Gonzaga, who ruled Mantua for several centuries. Mantua is known for some of the oldest settlements as well as cultural, artistic and musical hubs.

It has significant importance in art and culture, which is why it was declared a UNESCO World Heritage Site.

Mantua is also mentioned in the classic Shakespeare’s work – Romeo and Juliet as the city where Romeo is banished to.

Nitra is an ancient city in the world that has been inhabited since Neolithic times, i.e. around 5,000 to 7,000 years ago. It is considered to be the oldest city in Slovakia. Much archaeological evidence suggests that people have lived in the city as far back as 30,000 years ago.

The first Slavs in Nitra arrived in the fifth century CE, and many different civilizations have existed since then.

Jericho’s existence dates back to 9500 BCE, and it is believed to be one of the ancient cities in the world. Through archaeological excavations done extensively, it has been concluded that the earliest settlement in Jericho dates back to 9500 BCE, or even earlier. One of the oldest city walls in the world that was built around 8000 BCE is the Wall of Jericho and is also regarded as one of the top archaeological finds in the city.

Different groups of people have occupied Jericho throughout history, and it is even talked about a lot in the Bible.

People have been living in Plovdiv, Bulgaria, since 6000 BCE, and Plovdiv is the oldest city in Europe. There is a lot of evidence archaeologically that shows that people have settled in the place for over 8,000 years. Plovdiv has been conquered by different types of people throughout history, including the Macedonians, Ottoman Turks, Thracians, Romans, Slavs, Celts, Bulgarians, Persians, and Huns.

Each and every human civilization has left a long-lasting impact on the city, and all these different groups still hold a lot of importance in the cultural, educational, and economic history of the city.

Ancient Roman Theatre is one of the most famous landmarks of Plovdiv and was built 2,000 years ago. It is used to date as a concert venue and attracts a lot of tourists.

Byblos is a city in Lebanon, and its existence dates back to the Neolithic Period, around 8800 BCE and its oldest settlement developed around the fourth millennium BCE. According to some legendary stories, the city was built as the first city of Phoenicia by Cronus. It also became a major trading hub and was the main exporter of wood and cedar during the ancient Egyptian period. The city was excavated in 1921 by Pierre Montet and is also listed as a UNESCO World Heritage Site in 1984.

This was all about the top 10 oldest cities in the world. All these cities hold cultural significance and are special in their own unique way.

[ Also Checkout: War of the Bucket: a Bucket Fight Resulted in 2000 Deaths ] 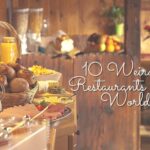 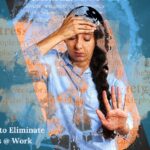