It is a Sikh Gurudwara covered with gold and containing the holy book of the Sikhs, “The Guru Granth Sahib” and is located in Amritsar, Punjab.

Golden Temple is the most sacred Sikh Gurudwara located in Amritsar in Punjab, India. The construction of this holy Sikh temple was started by Guru Ram Das and completed by Guru Arjan Dev, his successor.

Its construction was completed in 1604 and the Adi Granth which is the holy book of the Sikhs was installed here. This is the same year when the Sikh holy book was completed by Arjan Dev.

The Golden temple is considered to be the holiest place by Sikhs as it contains their holy book, “Guru Granth Sahib”. For them, it is a place where men and women irrespective of their caste and creed will come and devote themselves to the holy word of God.

The Golden Temple is also known as Harmindar Sahib in Punjabi. After Guru Arjan Dev, Guru Hargobind was responsible for taking care of this temple. When he left for meditation in the Shivalik Hills, this temple was under the care of Sikh Gurus for the most part of the 17th century.

In the 18th century, the Gurudwara faced a lot of hardships as this was the time when it had to face the invasions of the Muslims and the Mughal rulers of India. A lot of damage was caused to the temple during this time period.

The 19th century was a glorious period for Punjab. This was the era of Maharaja Ranjeet Singh. He provided extreme protection to Punjab from any kind of outside attack and the temple was restored to its old glory.

This was the time when the upper part of the Gurudwara was covered with gold. This is the reason why this temple is known by the name of “Golden Temple”.

The Architecture of the Golden Temple

The Golden Temple Gurudwara is surrounded by a lake or a temple tank which is famously known by the name of “Sarovar”. This Sarovar is said to contain “Amrit” which is the “drink of the Gods”, or “elixir of life/immortality” or simply “holy water”.

In totality, the Gurudwara has a total of 4 entrances which signifies the degree of vastness and openness in the hearts of the Sikh Gurus to accept and welcome people of any caste or creed.

Once you enter the Gurudwara complex you will be able to find out that there are numerous shrines and memorials built in the memory of great Sikh gurus with a historical past and deeds in greatness.

Moreover, there are 3 trees also known as “Bers” present in the complex of the Golden Temple Gurudwara which signifies a historical event or a Sikh saint.

Guidelines to be Followed Before Entering the Golden Temple

Some rules and regulations to follow while entering the Golden Temple are as follows:

More From: Places in India 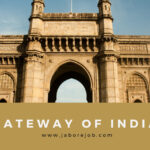