Roughly a month after the Government had banned 58 Chinese applications which include Tik Tok, UC Browser, and many others. On Monday, the government decided to ban 47 more apps which were the cloned of those apps that include apps like Tiktok lite, Shareit lite, Bigo live lite, VFY lite, and many others.

“This second digital strike by our Government on China is a great move yet again as all these 47 apps were operating as clones of the 59 Chinese apps barred from using earlier. The ban would safeguard Indian users’ data and protect the country against the potential threat these apps pose to our national security.

Moreover, this initiative will further open up opportunities for more Indian apps to take up the limelight and onboard users to provide them with their services. Homegrown apps already witnessed a significant increase in downloads and user signups on their platforms after the Government’s ban announcement last month.

We hope Indians will continue choosing apps which are made in India, for India,” said Piyush, CEO, and Founder of the Rooters Sports Technology app. 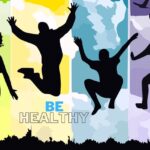