Jeff Bezos is the founder of Amazon who has become the world’s richest man with $189.3 billion. Most interestingly he has become the first Centibillionaire on earth, this achievement is not so easy as we think, let us see what made him achieve this status in this case study.

First, let us understand how much money he has in terms of value, you can combine almost 125 countries GDP with one person’s wealth that much he has. You may get the question that a normal person with his talent how can he earn so much money growing his business starting in a Garage and taken to a multinational level.

Are you curious to know the answer? There must be some strategies, mindset, and thought process, to know what it is read the whole case study.

I will tell you in a summary first and then explain you in detail.

By doing these the net worth started growing year by year.

Which are the companies Jeff Bezos invested?

Which are the companies Amazon Company invested?

Amazon company invested in growing platforms such as Homegrocer.com, Bankbazaar.com, Easybar, and Wine.com.

Which are the companies purchased by Amazon?

Amazon purchased other companies such as Whole Foods, Twitch, Audible, Zappos, IMDB, Good Reads, and the most popular The Washington Post.

Which are the services provided by Amazon?

Let us see the background of Jeff Bezos

He was born on 12th January 1964 in America, the mother gave birth in her early age of 17 where she was still a high school student. His growth went up and up within the short span of time and reached Vice President position of Merchant Banking Company in 1990.

He saw the opportunity early then his competitors and thought Internet is the future, it will boom near future so he immediately resigned his banking job and started a company with the name Amazon (it is a south america’s popular river).

Initially, the idea was to make the best place for selling online books. In 1997 Amazon offered IPO but it was a failure but still, Jeff and the company worked hard and overcome the problems soon. As days go on they focused more on simplifying the online payment and added more and more categories of products and growth skyrocketed.

Many people in the world dream about the things they want to achive in their life but the facts is they keep on dreaming without implementing and taking actions. Here Jeff Bezos is the best example for us how to succeed in life with quick decisions and grabbing the opportunity being the first. Hope you like this case study, if you feel worth sharing please do it! 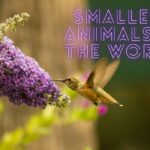 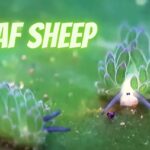