India is culturally very rich and is called the “Land of Monuments”. Fortunately or unfortunately, India is ruled by emperors of different cultures and religions, for example, Asoka, who followed Buddhism and promoted it.

After that Maurayans arrived and in their period, Hinduism began to take shape. After Maurayans, the Mughal emperors entered, and they preached Islam and finally came the British who introduced us to European culture.

All these empires brought a different culture and different types of artistic approaches to the country. Each empire developed buildings, temples, churches, masjids, sculptures based on their culture and religion.

Over a period of time, India has become a diverse country and each culture has its own monuments and places of worship.

So this makes India a country where you will find various monuments, temples, churches, Masjids that gather works of art from all over the world and make India a very famous tourist place.

People from all over the world are visiting the country to see the diversified culture that is hard to see anywhere in the world.

Listicle Guide has done everything possible to collect information about the different monuments of India so that our visitors can easily find the information they are looking for in the same place. We hope this information is useful to you.

Shah Jahan the Mughal Emperor built the Taj Mahal in the 17th century in memory of his wife Mumtaz Mahal. The building is located in the city of Agra, Uttar Pradesh.

It is the 7th Wonder of the world and a beautiful monument in India which attracts tourists around the globe.

The Qutub Minar is a 73-meter high tower built by Qutub-ud-Din Aibak in 1193.

The tower was built to celebrate the Muslim dominance in Delhi after the defeat of the last Hindu ruler of Delhi.

This tower is the tallest tower in India, with five floors and balconies that are projected. The beautiful view mesmerizes the visitors.

India Gate is an important monument located in New Delhi, India. It was built to commemorate the 70,000 Indian soldiers who fought courageously and sacrificed their lives during the First World War. The names of soldiers are engraved on this beautiful monument.

These soldiers fought as part of the British army since India was under British rule during this period. It took almost 10 years to build this huge monument. The work for the same began in February 1921 and was inaugurated in February 1931.

The Gate Way of India is an arched monument built in the 20th century in Mumbai, India.

The monument was created to commemorate the landing of King George V and Empress Queen Mary in Apollo Bunder during his visit to India in 1911. The structure is an arc made of basalt 26 meters in height.

The official name of the Golden Temple is Harmandir Sahib. It is in the city of Amritsar, in Punjab, India.

The temple is surrounded by sacred water and a group of buildings important for the Sikh religion. The complex is the most important pilgrimage site of Sikhism and is also called Darbar Sahib.

The Tourist attraction in New Delhi, India, a famous place called Lotus Temple, is a Bahá’í house of worship that was opened in December 1986.

Its flower shape makes it a must-see in the city… The Lotus Temple has won numerous architectural awards and has appeared in numerous newspaper and magazine articles.

In the post-independence period, this Writers’ Building was used as a center for the writers of the East India Company. It was designed by Thomas Lyon in 1777 and is 150 meters long.

The building has a Greco-Roman appearance furnished and has a magnificent architecture. The main attraction is the statue of Minerva, located in the center of the building.

Haji Ali Dargah is a symbolic monument of Mumbai, which floats in the middle of the sea like a revered mirage. This Indo-Islamic pilgrimage site is a surprising place located on an island near the Worli coast in Mumbai.

The mosque was built in the 19th century and houses the tomb of San Pir Haji Ali Shah Bukhari.

The Elephanta Caves are a World Heritage Site by UNESCO and a collection of rock temples dedicated mainly to the Hindu god Shiva.

The Elephanta caves contain stone rock carvings, which show the syncretism of Hindu and Buddhist ideas and iconography. The caves are cut into the solid basaltic rock.

Victoria Memorial is one of the beautiful monuments of Kolkata. It was built between 1906 and 1921 to commemorate the 25th anniversary of the reign of Queen Victoria in India.

The Prince of Wales, King George V, laid the first stone on January 4, 1906, and was officially inaugurated in 1921. 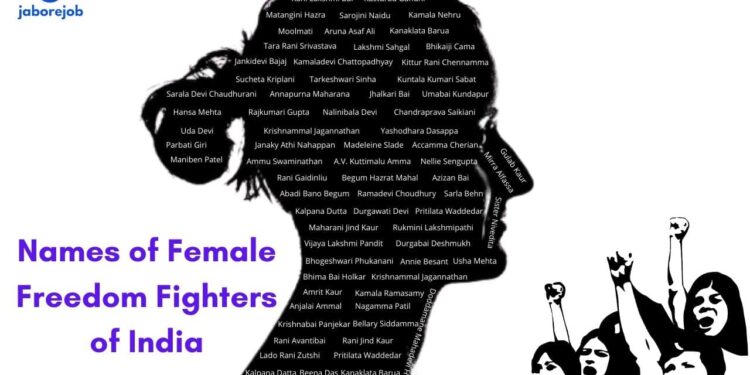 The historical context of India's freedom struggle would be incomplete without remembering women's contributions. The sacrifices made by the women of India occupy a primary place in Indian history. They fought with true spirit and courage,…