Nikola Tesla, the person who dreamed of providing free wireless power supply for people. The person is a genius when it comes to inventions, he is known as “the master of lightning” but the world has not recognized much of his value, today we will know his inventions, the fights between Tesla and Thomas Alva Edison, and we remember the one who has been neglected till date.

Tesla was born on July 10, 1856, his dad was a Church father. Back then, the boys had to work in the army or in the church, but Telsa did not like both, so he pleaded with his father to study engineering, and then he accepted.

He then joined a university in Austria. The interesting fact is that while studying, he knew 8 languages ​​and also had a good memory power, he even was doing difficult integral calculations with his mind only.

After that, Tesla started working at Thomas Alva Edison’s electric company in Paris, and Telsa’s ambition was to meet Edison in America, while electricity running under direct current (DC) due to this method numerous losses were happening. Meanwhile, Tesla wanted to invent the AC generator, so he worked hard on his experiments.

The company manager noticed his efforts and intelligence, so he sent Tesla to America by giving him a letter of recommendation. In 1884, with many dreams and hopes, Tesla went to Edison to explain the AC generator he invented.

Finally, Tesla met Edison, interestingly the letter was written as below by the manager

“Mr. Edison, I have seen 2 great people one is you and another one is the Nikola Tesla”

Seeing this letter, Edison entrusted Tesla with the job at his company. At the time, Thomas Alva Edison was using direct current power plants to generate electricity to supply certain cities in America.

But sometimes there were a lot of problems with using DC currents, it caught fire, lightning, and besides, the currents couldn’t send places too far, so for every 2 km, there was been 1 power station set up. However, Edison had a monopoly market, and therefore he created an empire of him and was earning well.

In the meanwhile, Nikola Tesla explained his AC Generator plan to Edison but he not agreed and told to repair the DC Generator in his company where he offered $50,000 if he fixes.

From then Tesla worked really hard to solve the problems in DC Generator and also he showed developed a more efficient DC Generator and the plan was shown to Edison. So Tesla asked the money which was offered by Edison but he said he joked, from this Tesla got angry and left the company.

Meanwhile, Nikola Tesla explained his AC generator plan to Edison but he disagreed and said to repair the DC generator at his company where he offered $ 50,000 if he fixes it.

Thereafter, Tesla worked very hard to resolve problems with the DC generator and he also developed a more efficient DC generator, and the plan was shown to Edison.

So Tesla asked for the money Edison offered him but said he was joking and won’t give any money then Tesla was angry for this and left the company. The respect Tesla had on Edison was lost by the time.

After quitting his job, he started working at an electrical cable company where he was digging the ground, on the other hand, he was trying to find someone who could invest in his AC generator plan.

After a few years, some people came to invest, from where he started a laboratory for his experiments that he had imagined for the last 7 years. Today, we are using AC Power generators to supply power that is because of him.

In 5 years, he invented AC motors, generators, transformers, and transmissions. It has also received 22 patents. George Westinghouse, a wealthy person, looked at the scope of all AC systems and agreed to buy all of his patents for $ 1 million.

Not only that they also enter into a contract that, for every horsepower generated by AC Power Tesla will receive $ 2.5, from this he became rich very soon.

From AC power it can be sent to far distance with less cost compared to DC power, and people started using AC power in all sectors of America. But it resulted in big losses for Edison’s business, here only the fight between Edison and Tesla started. At that time, it was called the ‘War of Currents‘.

Because Edison was losing his empire, he began promoting false claims that by using AC currents, houses would catch fire and have many other problems. He even took a step forward, began to show people by connecting AC current to dogs, horses, elephants, and the animals died there itself.

Not only that he even demonstrated by giving AC Power to criminals in prison and make people understand how dangerous it is. But Edison’s efforts have failed with no results.

He even organized the turbine for Niagra Falls and generated currents using AC generators and used it for various cities in America. From this, Edison lost all his business and it went to Tesla likewise Nikola Tesla won the War of Currents in the end.

But the Westinghouse company suffered losses and there was no other way than to close the doors. If this happens, even the AC Power plants will shut down, so Tesla has canceled his contract of $2.50 for each horsepower generated, which saved the company.

If Tesla hadn’t canceled the contract, he would have been one of the richest people with $300 billion in those days, but he said that money was not important to him, he wanted inventions to be encouraged, which helps people’s lives.

This is the time where celebrities, politicians, the rich people wanted to have a connection with Tesla, even many girls and heroines loved him, but he did not care, he focused only on his experiments and use all his money for his experiments.

He was only sleeping for 2-3 hours and worked very hard to invent new things, but a bad situation happened in his life after the fire got caught in his laboratory and everything burned, including his plans, documents, and experiments. From this incident, he lost all his money and his economic status came to a normal state.

In 1898, Tesla invented a new technology in which he could move a small boat by remote control without any cables connected, it was the first wireless remote control device in the world.

People were shocked to see this and were thinking Tesla may have some telepathy energy or he may be doing magic. Not only this Tesla Coil, Induction motor, Tesla Turbine, X-rays, and many more were invented by him but his ultimate goal was to send the electricity from one place to another without any wires connected but to invent it will cost more.

Meanwhile, another rich person JP Morgan came to Tesla and gave $1,50,000 to invent something which can send messages without any wires.

But he used the money secretly to invent a wireless electricity supply, so he built Wardenclyffe Tower it was partially successful but the investor JP Morgan did not like this idea of supplying power without wires from then he stopped funding Tesla and even Wardenclyffe Tower experiment stopped permanently.

If his experiments were continued we would have got the wireless power system today. From 4 cents he entered America became the richest person then he again becomes poor and not able to achieve his dream project. From his inventions, he made many people rich but he remained poor and became silent.

After some time, Tesla was totally involved in devotional life with the inspiration of Swami Vivekananda, he built a good rapport with him and even exchanging letters to each other.

The radio invented by Marconi with the base of Tesla’s model was awarded the Nobel Prize but the person who invented many things was been neglected by the world. But in one-year news was spread through Newyork Times that Edison and Tesla will receive the Nobel Prize because of their work on currents in the Physics field but that year the award went to another scientist ‘William Braga’.

Some news was spread in those days that Tesla doesn’t want to take the award with Edison, Tesla even not married and led the life on his own till the last day.

He was in distance with people only spending time with Pigeons by feeding them in New York streets, one day in 1937 he came out from his hotel room to feed Pigeons and was injured in an accident caused by a taxi and broke his bones. At that time Westinghouse company helped him by looking over his food and stay.

On 7th January 1943, Tesla died in the same hotel room. We lost a great man who has invented almost 80% of today’s technology connected either directly or indirectly.

He never wished to have a lot of money, his entire life was given to invent the things which raise the standard of living and are easy to use by the people.

If he wished to earn more he would have been the richest person in the world but the world forgot the genius, it’s very bad.

Like we cannot see current but still, we use, even Tesla’s invention was not brought to the limelight but still, his inventions are been used by the people every day. 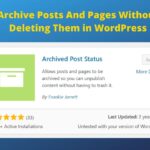 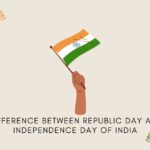