Twitter’s new CEO, Parag Agrawal, announced on Friday a major shakeup in the company’s structure. The renewal will see Twitter’s chief engineering officer Michael Montano and chief design officer Dantley Davis resign from their respective roles and leave the company later this year. In a company-wide email accessed by the Washington Post, Parag explained that his areas of focus include “clear decision making, greater accountability and faster execution” on Twitter.

Parag hinted at more such leadership changes, adding that he was working on a series of leadership and organizational reorganizations to better position the company to achieve its goals. “We have all discussed the critical need for greater operational rigor, and it must start at the top,” the email read.

Twitter later confirmed the restructuring and reported them to the US Securities and Exchange Commission.According to the Washington Post report, Twitter spokeswoman Liz Kelley said that the restructuring was Parag’s decision and that the removal of Montano and Davis was solely the result of organizational change. The restructuring is intended to consolidate the previously separate function into three new divisions: Consumer, Revenue and Core Tech. These divisions will be led by a “CEO.”

Twitter, for its part, also confirmed the departure of its head of People, Jennifer Christie, who will leave the company at the end of this year. Christie’s departure, however, is unrelated to Twitter’s restructuring efforts. Dala Brand, the current Vice President of People Experiences and Director of Inclusion and Diversity, will replace Christie for the position. The company’s senior director of product management, Sara Beykpour, said Friday that it was her last day at the office.

Parag was the unanimous choice for Twitter CEO after Jack Dorsey, the co-founder, announced a sudden resignation on Monday. Parag previously served as CTO at the company. An alumnus of the Indian Institute of Technology Mumbai and Stanford University, Parag joined Twitter in 2010. Working through the company’s structural ladder, Parag rose to become a CTO in 2018. At age 37, Parag has become the youngest CEO of a Fortune 500 company. Parag’s appointment was reportedly endorsed by outgoing CEO Dorsey. 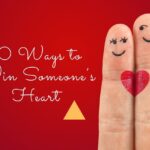