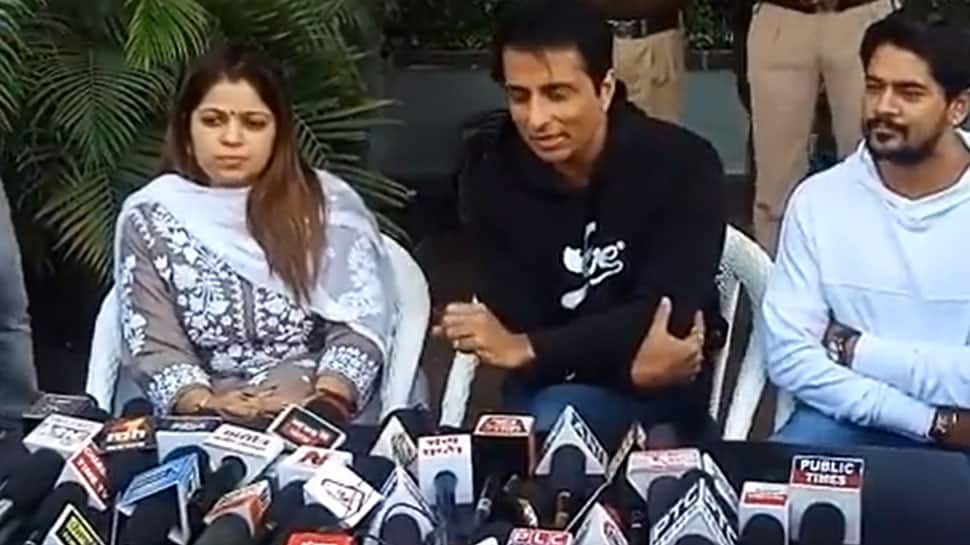 Chandigarh: Popular Bollywood actor and philanthropist Sonu Sood announced on Sunday that his sister Malvika is joining politics but has no such plans for him.

Sood’s announcement that his sister entered politics fueled speculation that she might challenge Moga’s 2022 Punjab Assembly polls. Sood, who hails from the Moga district, said his sister has done a great job in the past.

“Today we officially want to say that Malvika will certainly come to serve the Punjab,” Sood said while addressing the media. When asked about joining a political party, Sood said “no decision has been made yet” on the matter.

“We have not received a call about the party yet. When the time comes, we will make sure to let you know,” said the popular actor.

When asked if he, too, would enter politics, Sood said that he had not thought about joining politics.

Sonu’s sister recently met with the Chief Minister of Punjab, Charanjit Singh Channi, and is willing to meet with other political leaders as well, including Arvind Kejriwal of the AAP and Shiromani Akali Dal President Sukhbir Singh Badal.

Political analysts believe that Sonu’s sister can go with AAP because Moga, the home of Sonu Sood, is in the Malwa region, where Kejriwal’s AAP has great influence.

The actor garnered national attention for helping migrants reach their home states during the national lockdown imposed last year in the wake of the COVID-19 pandemic. The actor helped people organize oxygen cylinders, hospital beds and other medical equipment during the second wave of the coronavirus pandemic.