“Sophie Turner and Joe Jonas are delighted to announce the birth of their baby,” said the rep. The couple got hitched in the year 2019 and they welcomed their first child reported a leading entertainment magazine TMZ.

The couple decided to name their girl Willa and a source close to the family said “The couple is already obsessed and can’t stop gloating about their new addition. The couple is taking time to enjoy this special moment and have only shared the news and updates with family and friends. With the pandemic, Joe and Sophie have been very cautious about who is around them and their little girl.”

Sophie Turner and Joe Jonas got engaged in the year 2017 and had an impromptu wedding in Vegas last year. They later hosted an official wedding ceremony in France which was attended by the families close friends and members.

Sophie Turner is popularly known for her role in HBO Drama Game of Thrones where she portrayed the role of Sansa Stark. And Joe Jonas is a member of the Jonas Brothers which also includes his brothers Nick and Kevin Jonas. 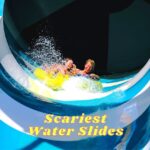