The incident occurred while teaching yoga to saints at the Guru Saranan Ashram of Ramanarati, Mathura. The 22-second video is now viral on social networking sites. Baba Ramdev is doing yoga on the elephant and after a few seconds, the elephant moved a little bit. By this time Ramdev had lost his balance and had fallen. Immediately he stood up and moved on.

This video has been viewed by millions of people and the commenters are on. One commented that Yoga was not taught properly, and that Baba Ramdev was the only one who could fall asleep in the moment. Wow we still have the excitement of being young, ”Baba Ramdev said. “It reminds us of our childhood days when we stood up and laughed,” said another. Also, a man commented that he has jumped at the movement.

The video of Baba Ramdev, who fell from the bicycle, was also viral before. A lot of people trolled him, even after Baba Ramdev is known for his various yoga and yoga postures. Since 2002, he has been organizing large yoga camps. They also record yoga for TV viewers.

[ Also Checkout: War of the Bucket: a Bucket Fight Resulted in 2000 Deaths ]

Anyway he is also human, no one is above the nature, comment below what do you think about this! 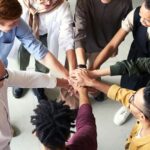 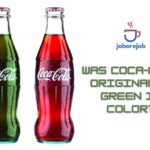