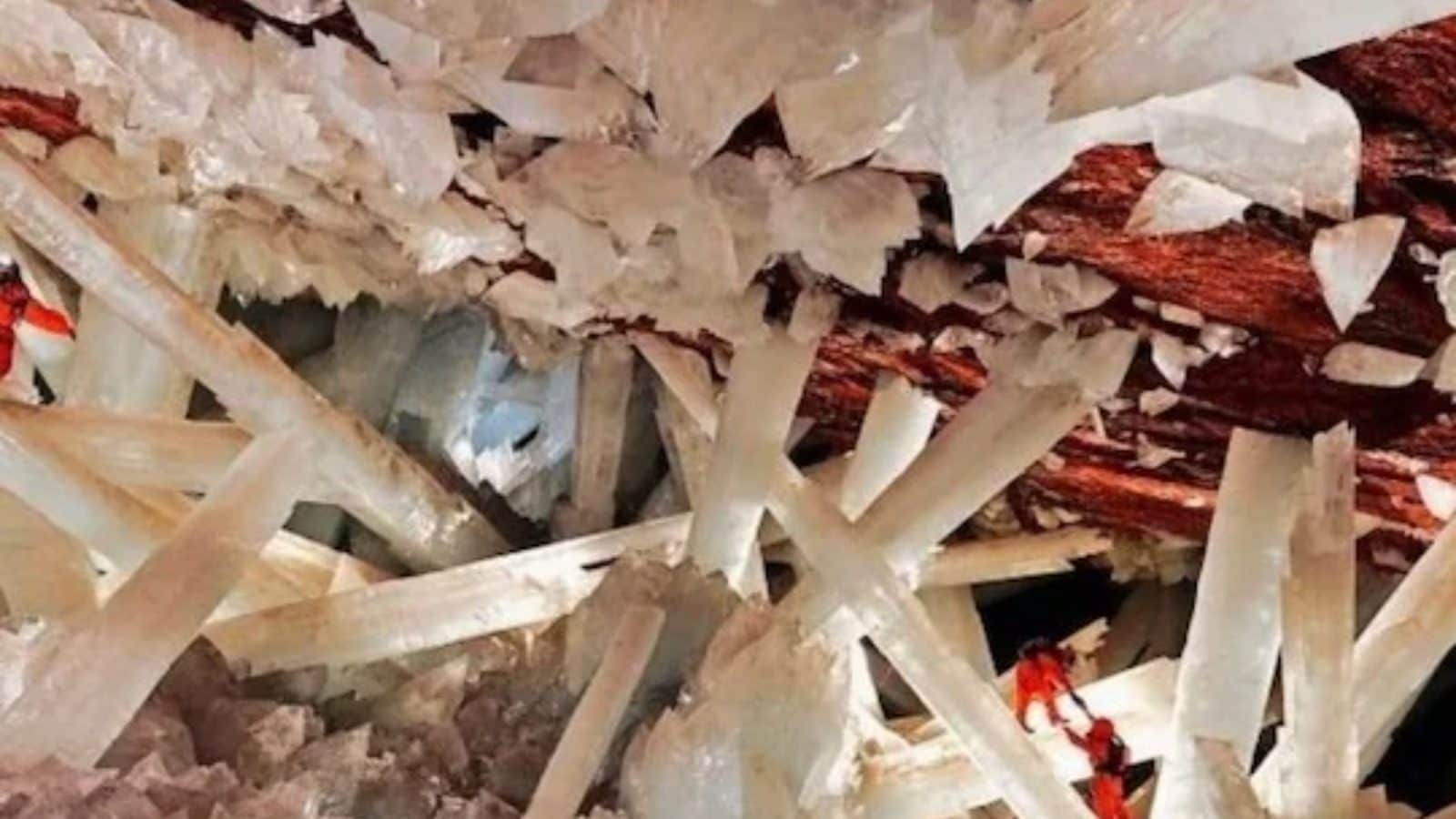 The Giant Crystal Cave in Mexico is a working mine that is popular for its extraordinary selenite crystals. There are giant glass pillars buried about 300 meters below the Sierra de Naica mountain in Chihuahua, Mexico.

The mine was discovered in 2000 by two brothers who worked for Industrias Peñoles. They were reportedly mining a tunnel under Naica Mountain and accidentally stumbled on the mine. These crystals are actually made from gypsum, a type of mineral that is used as a filler in the paper and textile industries. It is also used in cement for the construction of buildings.

You will be surprised to know that these crystal pillars are over 5,000,000 years old. Many are so large that they can be easily walked on. Since they were buried underground for years, the crystals continued to grow.

According to the Science How Stuff Works website, humans cannot enter the cave without a special cooling suit. With 90 to 99 percent humidity, temperatures inside the cave can rise up to 58 ° C. There is no natural light inside and the air is also acidic, making it dangerous for humans.

Very hot liquefied rocks, i.e. magma, were found under these crystals, and about 26 million years ago, groundwater mixed with calcium sulfate entered the caves and was heated from the magma below, which began to create the giant crystals.

According to the scientists, it must have happened that when the magma came out, the groundwater was 30 meters high and 10 meters wide in the cave. The temperature of the cave was more than 58 ° C and, at such a temperature, the anhydrite, present in the water, remained in its original form, but as soon as the temperature dropped slightly below 58, it began to take the form of crystals.

The magma below the ground began to keep the water above at a temperature of around 58 degrees, but the temperature did not increase beyond that. Due to which the crystals continued to grow immensely for thousands of years.