Tilka Manjhi was a first fighter and a person who rebelled against British rule even before Mangal Pandey. He became a martyr (a person killed because of their belief) in the history of India due to the first tribal peasant uprising movement.

He was the person who gathered the Santals and formed a group like Mukti Dal to fight against exploitation.

Tilka Manjhi was born on 11th February 1750, in Sultanganj, Bihar. He was born in a small town called Tilakpur and belonged to the Santhal family. His father name was Sundara Murmu.

They were the daily routine of his life. The wildlife had made him fearless and brave.

The Sufferings of Jharkhand People

During the British rule, the inhabitants of Jharkhand, especially the Santhal Huls, faced many problems and cruelty on the part of the owners and were exploited by the British force.

There are many events that took place in Jharkhand during the struggle for freedom and against the Santhal (a Group of Tribes).

Around 1860, Sidhu, who was the brain of Santhal Hul, accumulated some sandalwood for the purpose of running a government that would operate in parallel with the British government.

Their main reason for creating the group was to collect taxes while the British government announced a monetary reward to Sidhu.

In 1995, a council was formed with 18 districts of Santhal, and Shibu was appointed to the position of president. In 2000, the bill that was published to create a separate state of Jharkhand was approved.

Fight for the Life and Freedom

Since childhood, he has seen the cruelty of the British in his family and tribal community. The English sovereigns had their rights over the cultivated land and the wild trees of the poor tribe.

The British peoples tortured to a large extent indigenous peoples, children, women, and the elderly. Sardar inhabited their lands on the hill and they also fought with the British government to protect their lands.

The mountains were inhabited by the owners and used to keep the British happy in exchange for money.

Finally, the day came when Tilka Manjhi began a rebellion against the British. The tribal warriors who led by Tilka were reaching to the wooded areas of Bhagalpur and Sultanganj.

Tilka Manjhi together with his strength and his tribal warriors was in constant conflict with the British Government. Cleve Land and Sir Eyre fought battles with Tilka’s brave army.

While the British troops were heading to the combat, the soldiers of Tilka began to strike with arrows with the British army secretly.

Tilka climbed a palm tree. At the same time, the land of Cleve climbed a horse. At this point, Tilka killed Superintendent Cleve Land on 13th January 1784, with his arrows.

After the news of Cleve Land’s death, the English government felt insecure. The leaders, the soldiers, and the officers were involved in an atmosphere of fear.

This war is considered the biggest fight in history since this fight has lost so many lives that they are not lost in the fight.

British rule in India has brought many changes in the lives of poor peasants and Santals whose lives began to break due to money lenders.

The interest rate charged to farmers was so high that they could not afford it, that is why they had to deal with exploitation and cruelty to them.

One night, when Tilka and his revolutionary associates celebrated dances and songs and were lost in exaltation, suddenly, a traitor warlord, Jaudá, attacked Santhal’s army.

In this sudden invasion, Tilka survived, but many soldiers were martyred. Some have been imprisoned.

Tilka passed from there and took shelter in the mountainous region of Sultanganj. The British army set a trap for him in the surrounding mountainous areas of Sutanganj and Bhagalpur.

The Heroic Tilka and his army now camouflaged (hidden in the mountainous areas) had a difficult life. His army began to be killed for lack of food and hunger. Now, the heroic captain and his troops have engaged in war with the British.

After the attack on Augustus Cleveland, the Britons who trapped Tilka Manjhi surrounded the forest from which he operated and after several days of searching, Tilka Manjhi was captured by the British police.

On 13th Jan 1785, Tilka Manjhi was tied up with 4 horses and dragged till they reach Bhagalpur, Tilka was killed by hanging on a banyan tree in Bhagalpur across the road junction.

Tilka was the first person to fight against the British to free India from slavery, then after 90 years, resumed a struggle for independence in 1857.

In Tilka’s memory, a statue of him was constructed in the Court of Bhagalpur. Tilka will always be remembered as the son of Mother India. 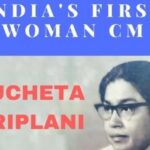