Sri Lanka’s Dulan Kodithuwakku won bronze with a best throw of 65.61m, while Australian Michal Burian won silver with a world record in the F44 category of 66.29m. Indian Sandeep Chaudhary, meanwhile, finished at 62.20 m, the best of the season for him.

Sumit, from the village of Khewra near Sonepat in Haryana, originally planned to become a wrestler, but those dreams were shattered after his left leg was amputated in a car accident. After months in hospital, a prosthetic leg gave the hope sporting his dreams, gave him the confidence to compete with opponents at the Indian GP in March this year, and he broke the world record the first time.

When Sandeep was 12 years old, an untreated left hip injury caused pus to form in the joint. He had to be surgically removed so it wouldn’t spread to other parts of his body. As a result, his mobility was affected. He dabbled in a variety of sports, primarily badminton and volleyball. It wasn’t until 2014 that he picked the javelin.

[ Play Quiz: Let’s Play Cricket Today: It Will Be Great ] 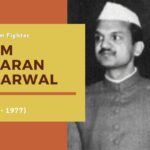 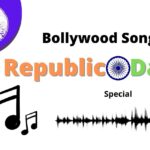