India is known for its diversification in culture and every culture of the country is unique in its way. Dance in India is a divine art form and different dance forms of the cultural communities are expressions of their devotion to Gods. From ancient times to mythological stories of India, dance as a ritual is present everywhere. Like, the other variations, language, cuisine, dresses, and dance is no exception.

The different dance forms of India mainly belong to Classical Dance, folk dance, and Tribal dance. Among these many dance forms were originated by only a small group of people for celebrating an occasion but with time they are now famous all over India. The dance forms like ‘Bharatanatyam’ have lost their inventor’s names with time, but the glory of the art form has been maintaining its legacy.

Bharatanatyam is one of the greatest and oldest forms of Indian classical dance. Women in Tamil Nadu state used to perform this art in temples since ancient times to show pure devotion to the god Shiva. Whereas in the 19th century, the British colony banned this dance and tried to suppress the art. But people keep protesting and continue to practice in their homes. With the onset of the 20th century, the dance has spread beyond the temples and religious aspects and is now performed all over India as a non-religious stage performance too.

Bharatanatyam is the direct reflection of the precise combination of dance and different musical instruments. This dance performance is all about hand movements (mudras), several gestures, and eye expressions. This could be a solo female performance or by a group of girls.

Kathak is also a famous and traditional Indian classical dance form. Khattak was predominantly compiled at ‘Varanasi’ or ‘Banaras’ as a dance form for storytelling and later spread its roots to Lucknow and Jaipur Gharana (school). The word ‘Kathak’ is derived from the word ‘Katha,’ which means story.

In north India to narrate the mythological stories of Lord Krishna ‘Kathak’ was the most famous way. In this, the ‘Kathakars’ (dancers) express the eternal love of Krishna and Radha through various hand and ankle movements, facial expressions, and gestures of eyebrows. The ankle band known as ‘ghungroo’ is a special ornament worn by dancers during this performance. A rhythmic sound is produced by the special movements of the foot and ankle.

Kathakali is another popular storytelling dance form of India that originates from south India, Kerala. It’s not yet another ordinary dance form for telling ancient mythological stories, rather it’s a stage drama that is performed by the amalgam of music, expression, martial art, different gestures, and embellishments in the costume and makeup.

Kathakali is a dance form that has properties of classical and folk dances, but now it’s an established form of Indian classical dance. Both evil and virtuous characters appear in Kathakali’s performances, and the dancers’ expressions and movements demonstrate how good overcomes evil. The specialty of this dance form is in its heavy, colorful costumes, and face masks. Though mainly males perform this dance form, nowadays women are also participating.

Bhangra is the most energetic and blissful dance form in India. It is the Punjabi folk dance that has risen to such prominence that no celebration is considered complete unless the Bhangra is performed. Though the origin is not that clear, it is said to be started by the farmers on the occasion of Vaishakhi, or harvest season. Bhangra is a dance form where people move their legs upward and throw their hands in the air corresponding to the beat of the dholak.

It’s the most famous and recognized folk dance in India. It has evolved from the way of a cultural celebration to become an integral part of every ceremonial function. Due to its joyful nature, this dance form is very popular among youth.

Garba is no more just a folk dance of a small community but a tradition of Navratri all over India. Garba is a dance form of Gujarat state that is performed during the nine-day festival called Navaratri. This dance form bears a significant religious message of the time. In Hinduism, time is described as circular where from birth, death and rebirth occur in a repeating manner nothing is constant except God. In the relevance of this religious belief feminine group on every night of Navratri revolves around the sculpture of Devi ‘Amba’ and dance. Apart from Navaratri people play Garba on Sharad Purnima, Vasant Panchami, and Holi surrounding the fire.

As it is deeply entangled with religious values the dancer accomplishes a lot of rituals at the beginning of their performance, like sprinkling the Holy water and burning incense. The dance drama Kuchipudi is traditionally performed in Andhra Pradesh at night on the rhythm of various musical instruments like tambura, veena, flute, and mridangam.

Lavani is an art form that represents all kinds of social, economic, romantic, and religious topics. The bold Lavani music and the beat of dholak create the perfect plot for the steps of Lavani folk dance. In short, Lavani is socio-political satire. The publicly performed Lavani is known as phadachai Lavani and that performed in a closed chamber, privately called Baithakichi Lavani.

On the eastern coast of India, this illustrious classical dance form was initiated. It’s an ancient dance form related to Hinduism, Buddhism, and Jainism the traces of which you can find all over the Odisha temples, archeological places, and sculptures. It is predominantly performed by women dancers and they show attributes to God Shiva, and Surya and also carry the ideology of Shaktism.

This dance drama conveys a spiritual message from different mythological stories. The performance is based on abhinaya (expression) and mudras (gestures and body movements). Traditional Odissi language music based on Odissi literature is created for abhinaya.

Sattriya is a classical dance-drama performance that originated in the state of Assam and combines the themes of Krishna and Radha. It is a themed play of Assam strictly from Hindu epics like Bhagavata Purana, and sometimes from Ramayana and Mahabharata.

This art form was created by Assamese monks and saints in monasteries and temples. It is purely based on spiritual concepts, religious devotion, virtues, and scriptures and is a major part of the Bhakti movement of the 15th century. It became a recognized Indian classical dance form in 2000 thus, its popularity and acceptance as a stage performance are increasing rapidly.

Sattriya dance costumes, as well as jewelry and styles, are distinctive to this dance form. Women traditionally wear special costumes such as kachi (waistcloth) and male dancers carry Pungri (turban). As it is no longer limited to sattars (monks), there is some adaptation in the dressing style and theme as a stage art.

Chhau, also known as chhou, is a martial dance form that varies in its style in different states. Three styles of chhau dance are popular in the country, the Purulia chhau of West Bengal, the Seraikella Chau from Jharkhand, and Mayurbhanj Chau.

Like most Indian classical dance forms, Chhau was not developed in the temples for worshipping gods. This art form was developed by tribals to celebrate their joy as well as to tell martial stories and mythological stories about Shiva.

Chhau is performed on the occasion of Chaitra Parva (Sun festival) in West Bengal. A large number of people gather to watch the dance every year. A group of male dancers perform this dance and show attributes to the shiva’s Tandav style.

[ Also Checkout: When It Rains This Building Plays Music ]

Evaluating art and culture and ranking them based on popularity in a country where cultures change in just a few miles is a thrilling task. We have tried to sum up the country’s most famous and loved dance forms in a single list.

In our above list of the Top 10 Popular dance forms of India, you can see from classical to tribal forms of dance have reached many milestones and are recognized by international platforms too. Dance forms like ‘Bharatnatyam’ and ‘ Kathak’ are not only popular in India, they have spread their roots overseas and people love and are crazy for this style of art. 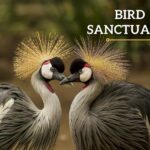