There were 83 people in the Ukranian plane, as per some reports it is said that the flight might be Hijacked by Talibans, and tracking reports showing the flight went to Iran but the Iran govt saying a different story. They are accepting that the flight arrived at Mashhad but for refueling and it left to Ukraine.

As per other sources, it is said flight might be stolen, nothing is clear till now but tensions increasing everywhere because nobody can trace the flight where it is now. It is said that Ukranian’s, Afghanistan’s, and other citizens including women, children, and old people were there on the flight.

Still, official report is yet to come but this situation made everyone confused and tensed. Hence all the flights in Kabul are shut temporarily after this news. 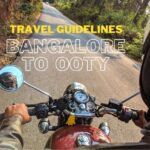