Sandalwood’s KGF cinema is a good example not only at the national level but also internationally. A KGF fan in London was surprised to see a movie and made a song. Rocking star Yash also reacted emotionally to this.

The first Indian film I ever watched was KGF, I loved this movie so much. I created a song about this movie. “I hope you all enjoy it,” KKF tweeted.

You amaze me with your understanding of our Cinema not just the pulse of it, but by the effort u have put in to show it! Thoroughly enjoyed it.. here’s to…

Commenting on the cinema tagging a Twitter account, I’m Teacher Paul. He has also posted a link to the rap song he created for KGF Cinema on YouTube.

Who is this KGF fan?

I am a Teacher Paul Twitter account sharing opinions about song and cinema. Teacher Paul lives in London. It is written in the bio of this account that I am an English teacher and do videos. A London fan has written a song about the KGF movie in English.

KGF-1 Cinema released in 2018 has made the entire Indian film industry look back on Sandalwood. The film gained immense popularity and publicity. By this time it was released as a Pan India Cinema. Even abroad, KGF had created the hype. The example of a London fan witnessed this. 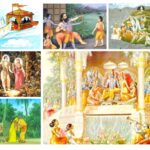