NEW DELHI: India will fight not only on its own territory but also on foreign soil that becomes the source of a security threat, said national security adviser Ajit Doval in remarks that struck many as important in the context of the military confrontation on the Line of Actual Control.

Speaking at the Parmarth Niketan Ashram in Rishikesh, Doval said that while India has never attacked anyone first, new strategic thinking holds that perhaps we could have acted proactively to nip security threats. “We don’t need to fight only where you want. India will lead the battle where the threat comes from, “the NSA said, summarizing the doctrine of what it called” the new India.”

This again gives a strong message to China and Pakistan if they attack we will not keep quite. 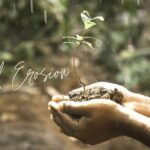