Understanding Oil prices fluctuation is a little complex but it is not rocket science, today I will help you to know the factors influence the fluctuation of oil prices in the entire world.

We see sometimes the Crude oil price increases and sometimes decreases, did you ever thought what will be the reason behind it?

Definitely, if you know little economics you would say it depends on Demand and Supply, yes it’s true but there are other factors also influence in Oil price fluctuation.

Let us see some background of Oil production and consumption, there are 3 main Oil-producing countries having top shares in the world such as the USA, Russia, and Saudi Arabia. The idea of these countries is to increase more production and earn more by supplying to other countries.

Generally, all counties compete for each other to sell their Oil for a lower price and the importers will benefit from this, but there is a problem when exporters compete with each other for lower prices to sell ultimately, it leads to losses for all countries. So, some countries came together and formed an inter-governmental organization in the name OPEC (Organization of the Petroleum Exporting Countries)

The OPEC was created in September 1960 by 5 countries signing an agreement such as Iran, Iraq, Kuwait, Saudi Arabia, and Venezuela as founding members. Later other countries joined in different timelines and became 13 countries to be part of it. They all together regulating the prices for selling Oil, here we have to notice that still the USA or Russia was not under this organization.

Interestingly in 2016, OPEC decided to allow the other 10 countries as members that include Russia and OPEC+ was the name given to it. All these countries make an agreement to produce 1 million barrel Oil, here you have to note still the USA was not yet joined.

Previously even America was importing Oil till the Shale Energy Revolution happened in 2010 – 2014, using new technology which enables lower-cost production they could produce more Oil from then America became strong and started exporting Oil competing with other nations. OPEC+ countries were not happy with this because their profits were decreasing. So all these countries wanted to attack U.S. Oil but were not possible.

So all countries made a strategic plan to reduce the production of Oil so that demand and supply will reduce and losses can be balanced, this decision was made on a meeting held on 5th March 2020 but only Russia did not agree to this decision. So Russia started its production more but there is no demand due to the Coronavirus disease spread all over the world.

But knowing this, why did Russia do this? Because even though they make losses they don’t want to give the opportunity for the USA. The Coldwar between America and Russia is not new it is there from the past 1950s in one or another way, even when America started its own production Russia was not happy because some of the countries who were purchasing Oil from Russia started purchasing from the U.S.

So Russia took these factors into consideration and planned to target the USA by producing more Oil, here what happens is due to competition the USA also starts producing more Oil and make losses. Here Russia can bear the losses because the Government can support the companies at the time of bankruptcy wherein this will not be the case in the USA they have to shut down the companies which result in the increase in demand for Oil from OPEC+ nations, this was the plan by Russia and followed by Saudi Arabia too.

But this plan partially became a success, small companies in the USA closed but big players still in the market, so from this foolish plan problems arise in all Oil-producing countries and losses increased. From this small Oil producing companies from countries like Iran, Iraq, Brazil, Malaysia, Indonesia suffering huge losses but Russia still continuing its plan, their goal is to somehow make the USA companies shut down.

Maybe in the near future, the American Oil companies may shut down due to losses or the USA may change its strategy we don’t know.

Will Importing countries like India be benefited? Yes, but even though the prices come down in the international market, the ultimate consumer will not directly benefit because the Government straight away won’t change the rates of Petrol, Diesel, etc. you may see some small amount of change only because Government wants to keep the benefit and increase their income so that it can be used in future budgets or uncertainties. 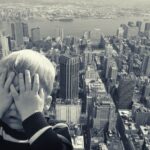 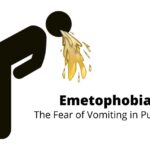