All Television Brands Exist in India

Hello friends, today I have gathered all the information about more than 30+ Television Brands that exists in India. In India during the early stages of TV, CRT Televisions, or Cathode Ray Tube Television were used, the most commonly used TVs were produced by BPL, Videocon, and Onida Company.

At present, you can find plenty of options to buy that comes from all around the world, but here I am providing only television brands that are existing in India including the foreign brands that sell TVs to the Indian market in alphabetical order.

List of All Television Brands That Exist in India (2020) 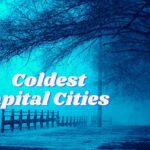