Is it possible to know everything about our world in this huge world? We exist here for a very short life-span while civilization began thousands of years ago. We remain curious about how our earth was in the past and for knowing that we do research.

Our civilization is not the first one here, before us the people establish cities, villages, architects, and monuments. These are ruined over the years by the seismic effects, climate change, and Tsunami, etc.

Our Seas and Oceans engulfed them in their heart and all those civilizations are now sleeping.  And now, we have discovered many of them. The ancient structure, monuments, places all are fascinating so let’s dive together to visit them.

Here are the Top 10 Ancient Underwater Cities in the World.

Dwarka, the ancient city of Lord Krishna is not only in real life but also present in mythical books. The ancient city, Dwarka is submerged under the modern Dwarka (below 130 feet). Local legend says that the city was made of precious gems like gold, silver, etc.

Scientists and researchers researched the different samples of the city using carbon dating methods and found it as 9000 years old. Today it’s one of the major tourist attractions in India.

It’s very rare to have submerged cities because of purpose and it’s one of them. Shicheng, the city of china was submerged underwater in 1959 to construct a huge dam. The city was full of memorial arches, white temples, paved roads, and houses which were constructed around 1300 years ago.

But to see this beautiful city now you have to go under 40 meters of water. Once the lion city was the center of economics and politics. The structures still now look pretty fine.

In 2002, an organization accidentally found this ancient city in the Gulf of Cambay, India. This city was discovered during their research on water pollution. The city is submerged under 36 meters of water.

After that, in the radiocarbon dating process, the research team came to know that the pottery, constructed walls, and human skeleton which was found are 9500 years old.

The researchers believe that the city submerged underwater due to several melted glaciers. This recent discovery proves that a lot has not yet been discovered.

With time some names become dimmed, Palvlopetri is one of them as the name is a modern name but its ancient name nobody knows till now. This is the oldest city that sank under the Mediterranean Sea about 5000 years ago.

No firm information about this city is available. Archeologists revealed that it was a part of Greece and could be related to the Minoan civilization. The city faced major three earthquakes in a row that caused it to be submerged. By observing the ruins of roads, buildings, Tombs historians assume that the people of the city were modern and they used to live a lavish life.

Life is all about uncertainty, today the roads are congested tomorrow they could be empty. Port Royal is one of the busiest cities of the ancient period. It was the center city of the Caribbean. As it was the center of all things, it was the favorite place for pirates.

The city completely sank under the Caribbean by the severe and consistent attack of earthquakes. From the ruins, you can understand how much pride it had in its period.

This is a submerged mysterious city with so many questions. The enthusiasts of world history always take a glance at this city. Previously chroniclers stated that Heracleion and Thonis are two different cities found in the Mediterranean but Franck Goddio in 1999 discovered that these two are the same city.

Heracleion is the port city of Egypt, and Thonis is the Egyptian name of it, whereas Heracleion is Greek name. It was the trade city of 12th century BC and Helen of Troy and Paris had visited there before the Trojan War.

By constant attack of earthquakes and Tsunami, the city emerged into the sea slowly as the sea level increases.

Who doesn’t want to see by their own eyes ancient structures under the Sea? Yonaguni is a favorite choice for visitors and divers. The director of the Tourism Association of Yonaguni noticed some architecture and he submitted the report. After that, the group of Masaaki Kimura visited the monument and examined it.

There is confusion about whether the Pyramid structure is man-made or naturally built. But according to Historians and geologists, it could be related to the civilization of Mu or Lemuria.

Our world is full of mystery and we can find it anywhere, as archeologists have found an ancient temple surrounded by a small village in the Titicaca Lake. Titicaca is the world’s highest navigable Lake present on the border of Bolivia and Peru. It is the largest Lake in South America and an attraction for visitors.

Divers found the place with many ritual accessories and belongings. Many animals slaughtered and ruined by performing ritual ceremonies have been found.

Anti-Yam is a city or village. By looking at its structure we can say we can live here today also. This is a city that is submerged underwater all of a sudden, so its construction can be observed. Geologists state that the reason behind the destruction is a massive Tsunami caused by a sudden volcanic eruption.

Divers and archeologists notice so many amazing things like a well made dry-stone, rectangular houses, traces of meadow, and the most noticeable thing are numerous human skeletons.

Here experts find the earlier cases of Tuberculosis and the opportunity to know how the human body develops for thousands of years.

This is the last pick of ours but not the least because the place remains famous from ancient times. It was the visiting place of Roman. The city was fashionable with a lavish villa, monuments, and hot springs. This was the favorite place for the kings and queens of that era.

Baiae was attacked by the local volcanic eruption and distressed by many things like malaria and Muslims’ attack. 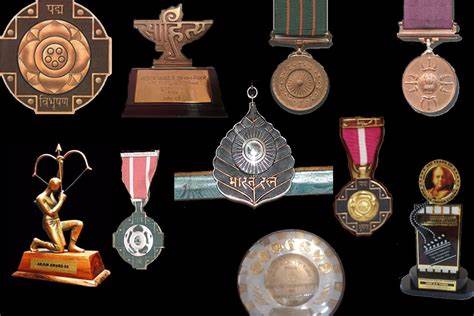 National Awards in India: Each country appreciates and recognizes the efforts of its citizens likewise India also identifies and grants them different categories of rewards. The rewards are honored on the basis of their contribution to various…