There is no place on Earth you’ll find the Tallest Lord Shiva Statues other than India. Today you will be overwhelmed by knowing the holy places.

In India, you can find Lord Shiva Statues everywhere but do you know which are the top 10 tallest Lord Shiva Statues in India? Here is a list of the places where lord shiva statues are ranked based on height, we have well-researched and provided accurate information for you.

The Statue of Lord Shiva in Murdeshwar is the tallest Shiva statue in India built on Kanduka hill in the Bhatkal Taluk, North Karnataka district. It took 2 years to construct the statue at the place which surrounds a beautiful view of the Arabian Sea and has great historical importance of the temple with Lord Shiva’s Atma Linga.

The Statue is 123 feet (37 m) in height and it was built by Kashinath of Shivamogga and several other sculptors, funded by businessman and philanthropist MR R.N. Shetty, with a sum of Rs. 50 million around. Interestingly you know, this statue is the second tallest Shiva statue in the world located beside the temple.

To experience the beautiful view of the spot you need to visit at sunrise and sunset.

The Adiyogi Lord Shiva statue is considered the “largest bust sculpture” in the world which was recognized by Guinness World Records located in Coimbatore, Tamil Nadu. The statue weighs around 500 tons with 112 ft in height.

Adiyogi refers to the “first yogi” who initiated yoga. It was created to inspire people toward inner well-being, through yoga. The structure was inaugurated in February 2017 by Prime Minister Narendra Modi on the occasion of Maha Shivaratri.

It is owned and maintained by a non-religious & non-profit organization called the Isha Foundation. People from all over the world visit this place.

The main attraction of this temple is the 87-foot-tall statue of Lord Shiva which sits on a 21-foot-tall temple designed by the architect Mr. Subhash Bhoite, it sums up (108 ft) in height.

To promote rural tourism and ecological and religious tourism, the government launched its initiative. Today, it attracts many people to worship Lord Shiva where Sikkim people pray at lord Kirateshwar’s statue at Siddhesvara Dhaam.

To reach Moksha, the Hindu belief is to visit all 4 existing Dhams. Therefore, replicas of these four Dhams are also built here namely, Lord Vishnu temples such as Badrinath, Jaganath, and Dwarka, and Lord Shiva temple Rameshwara.

This giant statue of Lord Shiva can be found in Swami Vivekanand Park and is fully visible from far due to its (100.1 ft) height. It is illuminated and therefore also visible at night as well. Behind it is the Har Ki Pauri, where crowds of people gather for the river Ganga aarti at night.

Here visiting the park is free for all, it is a good place to hang out with your family sometime when you visit Haridwar.

(108 ft) tall sculpture of Lord Shiva in standing posture with Trishula (trident) in hand located at the entrance to Ganga Talao (Grand Bassin) popularly known as Mangal Mahadev. It is a replica of the statue of Lord Shiva at Lake Sursagar in Vadodara, Gujarat in India.

This giant statue is inaugurated in 2007, worshiped by many Hindus. The specialty of the place you can find other temples around the statue dedicated to Lord Hanuman, Durga, Lakshmi, and Ganesha.

Most Hindus come to this place on Maha Shivaratri to offer prayers for Lord Shiva and the river Ganges.

An 85-foot-tall Lord Shiva statue was installed by the T.K. Patil Banakatti Charitable Trust in the Bijapur district at Shivapur. Little by little it is becoming a place of pilgrimage. The 1,500-ton Lord Shiva statue was prepared by Shimoga sculptors for over 13 months, in addition, the civil design was provided by architects located in Bangalore.

A small Shivalinga idol is installed underneath the large statue, the charity is involved in a lot of welfare activities in society and wants to make this place a major pilgrimage centre.

The Nageshwar Temple, 19 km northeast of the holy city of Dwarka, houses the “lord of the cobras”, one of the 12 Jyotir Lingams (lingams of light). The temple is far away in the field but can be seen from a distance, especially the huge 82-foot Shiva statue anybody can watch.

The statue was built with the fund given by the founder of the T-series Gulshan Kumar which attracts tourists to the Nageshwar temple.

Lord Shiva standing with Trishul in one hand and with the tiger skin cloth symbolizing victory looks more attractive and even at night with the lights and water (Ganga) falling from his head adds beauty to the statue.

Kachnar City is a beautiful place in Madhya Pradesh, there is a (76 ft) Lord Shiva Statue in Jabalpur which was built in 2004 and opened to the public on 15th February 2006 it is attracting tourists from around the world and became one of the religious destinations in Madhya Pradesh.

There are 12 Jyotirlinga in the caverns where the Lord Shiva idol is built. These 12 Lingam have been collected from various Lord Shiva shrines across the country.

The best time to visit here is around 7 p.m. as you can attend the divine aarti that takes place every day with melodious worship of Lord Shiva and spreads a feeling of positivity.

The famous Lord Shiva statue with (65.6 ft height) in Bangalore is located in the Shivoham Shiva temple near the old airport road, the magnificent background of the Himalayas with a posture of meditation makes your view amazing.

The Lord Shiva idol was created by the sculptor Kashinath. It is also believed that it has been built without having any plan.

If you like this listicle please share it with your friends, family, and social groups who prefer more likely to travel it may help them. 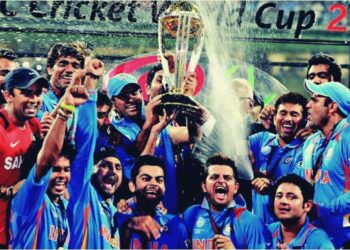