Largest Countries in the World

There are many other countries that are vast and here are the top 10 largest countries in the world based on area wise.

The democratic republic of Algeria is a North African country with a Mediterranean coastline. The borders of Algeria include Morocco, Tunisia, Libya, Mali, Mauritania, and Niger. The land size of Algeria spreads across 2,381,741 square kilometers and has a population of 43,851,044.

The capital and most populous place of Algeria is Algiers which is located near to the Mediterranean coast. It is one of the largest countries in the African Union and the Arab world.

Officially, The Republic of Kazakhstan is a trans-continental country located in Central Asia and a small portion that shares border with Europe. It is the world’s largest landlocked country and is the 9th largest country in the world. Kazakhstan shares borders with Russia, China, Kyrgyzstan, Uzbekistan, and Turkmenistan.

The capital of Kazakhstan is Nur-Sultan which was formerly known as Astana. The capital was moved from Almaty which is the countries largest city in the year 1997. Currently, the population of Kazakhstan is around 18,776,707 and its total land size occupies around 2,724,900 square kilometers.

Officially called the Argentine Republic, Argentina is located in South Americas and is bordered with Chile, Bolivia, Paraguay, Uruguay and Brazil. The capital and largest city of Argentina is Buenos Aires.

Argentina is the 4th largest country in America, 2nd largest in South America and the largest Spanish speaking area in South America. Argentina has a land size of 2,780,400 square kilometers and a population of around 45,195,774 approximately.

Officially called The Republic of India, India is the second-most populous country in the world and 7th largest country and is one of the largest democratic countries in the world. It is surrounded by the Indian Ocean, the Bay of Bengal and the Arabian Sea and shares land borders with Pakistan, Nepal, Bhutan, China, Bangladesh and Myanmar.

Officially termed as the Commonwealth of Australia, Australia is a sovereign country that comprises of mainland Australia, the island of Tasmania and other numerous small islands.

Another South Americas country on the list is Brazil. Officially called the Federative Republic of Brazil, Brazil is the largest country in both South America and Latin America.

It is the 5th largest country in the world and its largest city is São Paulo. The capital city of Brazil is Brasília and Brazil occupies an area size of around 8,515,767 square kilometers and has an approximate population of 212,559,417 as of 2020.

Commonly known as the United States or US or America, the USA is one of the 4th largest countries in the world which shares a border between Canada and Mexico.

The capital city of China is Beijing and the largest city in China is Shanghai. China is the most populous country in the world with an approximate population of 1,439,323,776 in 2020. China has a land area of 9,572,900 square kilometers.

A country which is located in Northern Part of North America, Canada occupies 2nd position in the largest country in the world area wise with an area size of around 9,984,670 square kilometers.

It shares its border with the USA and has a population of around 37,742,154 as of 2020. The capital city of Canada is Ottawa and the largest city is Toronto.

The capital city of Russia is Moscow and has major urban areas such as Saint Petersburg, Novosibirsk, Yekaterinburg, Nizhny Novgorod, Kazan, Chelyabinsk, and  Samara. 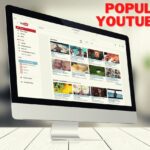