Tamil Nadu is a great land of festivals, many festivals are observed throughout the year. People celebrate festivals with joy and enthusiasm.

Few important festivals are listed here so that tourists can know when to visit and where to visit in Tamil Nadu. People visit from different parts of India and the world to be part of the festivals, even the tourism department has taken care to attract more visitors.

Many festivals in India are celebrated throughout the country but still if you go to the main place where it started, it gives a different kind of experience likewise Tamilnadu also has festivals which have started there and special to Tamil people.

It is the foremost important of all festivals for the people of Tamil Nadu. it’s often called “Tamilar Thirunal” or the Prosperity Day of the Tamils. It arrives in mid-January. Celebrate the arrival of the fresh harvest and everybody appears in new clothes greeting with the smile one another on the day.

A brand new clay pot is placed on a fireplace in a very central place in an open corridor and newly harvested rice and milk are cooked. When the milk overflows, people shout in chorus “Pongalo Pongal! Pongalo Pongal!” Pongal literally means boiling.

The day before Pongal is called “Bhogi”. It means Bogam or pleasure and was originally dedicated to Indra, who is the Bogi or the supreme seeker of pleasure. Today unwanted old things accumulate in the middle of the road and a bonfire is built. Children play hand drums and walk the roads hitting the drums and shouting “Bhogi Bhogi!”.

It is a 3-day festival. The second day is named Mattu Pongal. The Bullocks and cows cared for that day and worshiped and given nutritious food called “Sarkarai Pongal”. The third day is named “Kanru Pongal” or Calf Pongal. On this day, the calves are fed. people visit elders’ place to take blessings from them.

The second day of Pongal, i.e. the day of Mattu Pongal, Jalli Kattu or bullfight competition takes place in the majority villages of Tamil Nadu. The young and energetic people come forward to tame the bull as they come ferociously rushing on them.

It is a traditional and terrifying fight. The winner gets the prize money attached to the horns. Alanganallur near Madurai is known for this sport.

Republic Day falls on 26th January. It is a national festival. Spectacular march past, cultural mark the celebrations in the capital city of India along with a special guest from different countries every year. It is celebrated to remember the date of the constitution came into force on January 26, 1950.

A tableau represents the culture and tradition of Tamil Nadu displayed on Delhi’s biggest event of the Republic Day Parade. Similarly, even as a state responsibility Tamil Nadu also conducts the cultural events, hoist flag, and more…

All Government and Public sector enterprises arrange folk dances, dramas, etc. Not only that all the tourist places will be organized with cultural events, food shows, exhibitions, entertainment for kids and a lot more… to attract more visitors to Tamil Nadu.

Mamallapuram Dance Festival is a famous festival in Tamil Nadu conducted by the Department of Tourism which is organized in the open-air stage at the place where monolithic rock sculptures of the Pallava kings that are built beside the shore.

It’s a very colorful event showcasing the Indian Dance culture of different states like Bharatha Natyam of Tamil Nadu, Kuchipudi of Andhra Pradesh, Kathakali of Kerala, Odissi dance of Orissa will be performed by well-known artists. The connectivity to reach this place is good, it takes just 58km from Chennai to Mamallapuram.

Maha Shivaratri festival is very significant in India, the entire day will be celebrated with special worships in temples, fasting and chanting ‘Shiva’ is done the entire night without sleep.

In Tamilnadu, people celebrate this festival with great participation, especially at the ISHA foundation because of Adiyogi Lord Shiva Statue, it is one of the Tallest Lord Shiva Statues In India here, people gather all around the world to participate in the festival celebration.

The Brahmothsavam or Chithirai festival is the main festival that is celebrated in all temples for 10 days. Every day, ‘urchavar’ or the processional divinity is carried in procession in different vahanas (vehicles) such as the horse, the bull, the swan, the lion, the sun, the moon, etc.

Madurai is spectacular with Lord Vishnu landing on a golden horse for his sister Meenakshi’s marriage. An important day of the 10-day festival is the day of the “Arubathumoovar Festival”, the day that the 63 Saivaite saints are led in procession with Lord Shiva.

The one at the Kapaleeswarar temple, Chennai, is very famous. The 63 Saivaite saints (bronze idols) are taken in the procession, a magnificent spectacle. Thousands of people gather in crowds during this festival.

This festival comes in mid-April, during the spring season. The sun rises from the 1st constellation Aries on the day. People will be curious to know the year’s astrology at the same time people worship their family deities and visit temples.

The neem flower is used in one form or another as a garnish and consumed with sweet kheer called payasam. Huge queues will be found at all major temples in Tamil Nadu on the day. 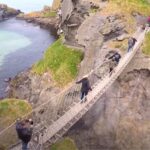 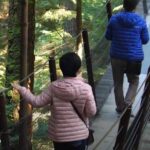