The Ojuela Bridge also known as Puente de Ojuela in Spanish is one of the suspension bridges located in Mexico. The bridge was one of the longest suspension bridges constructed during its time and it was constructed in the year 1898. The bridge was designed by Wilhelm Hildenbrand and was designed by John Roebling Sons Company who were famous for their creation of Brooklyn Bridge.

The bridge then led to the mining town of Ojuela which is now a ghost town, the main purpose of the construction of the bridge is due to transportation of gold and silver mine which was found abundant in Ojuela town. And when the resources exhausted the town became deserted and the bridge was no longer in use.  Later, in 1991 the bridge was restored and became a popular tourist attraction place in Mexico.

Today the bridge is frequently visited by adventure and adrenaline junkies, due to the fact of its open design one can feel the weightlessness when they pass through Puente de Ojuela. The main span of this bridge is 275m and is 2ft wide which is located around beautiful scenery and cliffs. This adds a thrill for the pedestrians walking along this bridge.

To get to Puente de Ojuela, you need to go northeast of Durango which is near to the village of Mapimi, Mexico. There is a 7kms road that leads to the bridge and it is filled with difficult pathways. Currently, this bridge is used by only pedestrians and one needs to be quite strong-willed to be able to cross this bridge. 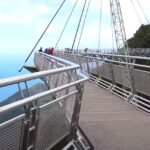 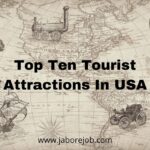