As India celebrates its 74th Independence Day on the 15th of August 2020, we should remember some of the famous freedom fighters who fought for us and bought us independence against the British Raj.

As it is difficult to mention all the great people who fought against the British, we mention the 10 best freedom fighters who fought till the end and helped us get freedom.

Mohandas Karamchand Gandhi popularly called Gandhi is revered as ‘The Father of the Nation’. Born on the 2nd of October 1869, MK Gandhi was an Indian Lawyer, anti-colonial nationalist, and political ethicist. Gandhi was one of the first person to employ non-violent resistance and he led a successful campaign for Indian Independence from British Rule.

This non-violent resistance against the British inspired civil rights and freedom across the world and he has conferred the word Mahatma which means great-souled which was first applied to him in the year 1914 in South Africa and is now used around the world.

[ Also Checkout: Quiz on the life of Mahatma Gandhi ]

Subhas Chandra Bose, an Indian nationalist whose patriotism made him a great leader in India. Bose had earlier been a leader of the young, radical wing of the Indian National Congress in the late 1920s and he went on to become Congress President in 1938-1939.

He was ousted as a party president due to his differences between Mahatma Gandhi and other party leaders. With the Japanese support, Bose revamped the Indian National Army with the help of Japanese forces and made the INA ready to fight against the British.

Gopal Krishna Gokhale was a senior leader of the Indian National Congress, a political leader, and a social reformer during the Independence Movement of India. He was also the founder of Servants of India Society which campaigned for self-rule and social reforms. He became the guide for Mahatma Gandhi when he was facing difficulty.

He was born on 9th May 1866 in Maharashtra and received education from Rajaram College and UG education from Elphinstone College which is where he was influenced by western political thoughts.

He has conferred the title Lokmanya which means ‘accepted by the people. Mahatma Gandhi called Tilak ‘The Maker of Modern India’. He was the first and strongest advocate of Swaraj which means self-rule.

Jhansi Rani Lakshmibai was a Queen of the Maratha princely state of Jhansi is one of the leading figures of the first Indian Rebellion of 1857 which is when she became a symbol of British Raj for Indian nationalists.

She was homeschooled, could read and write, and was more independent as a child than others of her age; her studies included shooting, horseback riding, and fencing. She was contrasted by many of the patriarchal cultural expectations for women in Indian society.

Chandra Shekhar Azad is a popular freedom fighter of India who had taken the self-name of Azad. He was an Indian revolutionary leader who reorganized the Hindustan Republic Association under its new name Hindustan Socialist Republican Army after the death of its founder.

Vinayak Damodar Savarkar or Veer Savarkar was a Revolutionary who took an active part in Indian independence and prepared the Hindu nationalist with the philosophy of Hindutva, which was coined by Chandranath Basu. Savarkar was an atheist, however, he believed in Hindu philosophy.

He went to the UK to study law where he began writing about Free India and books on the Indian War of Independence which the British people banned. He was arrested and ordered the extradition to India where in India he was jailed at Cellular Jail, Andaman, and the Nicobar Islands. After his return from jail, he became a national hero and fought for Independence.

Sardar Vallabhbhai Patel is popularly known as the “Iron man of India”. He was an Indian Politician and has served as the First Deputy Prime Minister of India.

A senior leader of the Indian National Congress, Sardar Patel was the founding father of the Republic of India and played a leading role in the integration of states into an independent nation. He was also the Home Minister during the India-Pakistan war of 1947.

Bhagat Singh was an Indian socialist revolutionary whose acts of domestic violence made the British government hang him which is when he became a social hero for the Indian Independence Movement. Bhagat Singh along with an associate Shivaram Rajguru shot dead a British police officer who was still on probation.

They had intended to shoot James Scott who they believed was the person who assassinated Lala Lajpat Rai where Singh shot the probationary officer multiple times and fled off. This was the reason that the British wanted Singh.

He was on the run for many days after the shooting incident and later came forward to the public during the bombing of the Central legislative assembly in Delhi which is when he was arrested and convicted. After his death, Bhagat Singh became a national hero for the Indian Independence Movement.

Ashfaqulla Khan was a freedom fighter of India who joined the Non-Cooperation movement formed by MK Gandhi, but when Gandhi decided to withdraw from the movement he felt depressed and he started Hindustan Republic Association which was formed only to fight against armed revolutions to free India.

He along with other revolutionaries was involved in a Train robbery that was carrying British government money. He was planning to study abroad, which is when he was caught and given a life sentence. Ashfaqulla Khan was put to death, by hanging and after his death, he became a revolutionary leader. 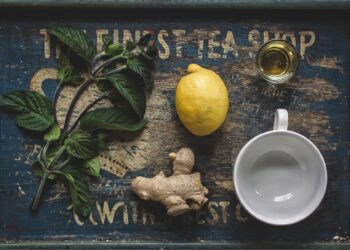