Poorest Countries in the World

Poverty is a state or condition in which a person or community lacks the financial resources and essentials for a minimum standard of living. While poverty is measurable it does not define the country as a whole. Everyone should fight against poverty and together by joining hands we need to win against this so that our quality of life increases due to various conditions.

We have seen many countries showcasing their wealth, army, or people’s power. Having many billionaires, zillionaires and here are some of the countries which are poor according to the World Economic Forum.

(Quick information: All these countries are found in Africa where the mean per capita income is less than $1181).

The country rich in natural resources and is now becoming Africa’s growing economy, Mozambique is still recovering from the civil war that it fought with the Portuguese from 1975 – 1992.

In 2019, the UN Human Development Index estimated the Gross National Income of Mozambique to be around $1154 and has a life expectancy of 60 years. The country in the year 2019 also faced devastation from Cyclone Idai however it overcame this and is now steadily growing.

Sierra Leone, a country that is rich in diamonds but is poor economically. One of the reasons why the country is poor is its long civil war which it faced between 1991 – 2002 where the illegal trading of gems is blamed to be the reason. Also, due to history, Sierra Leone also faces from officers undertaking corruption at all levels where any development works are compromised with corrupted officials.

Almost a decade after the civil war, the country still suffers democratically as every government has failed to modernize the economy. However, compared to the last previous years, Sierra Leone has gained some economy and is now in the 9th position which previously had stood in 6th position.

The life expectancy here has increased to 54.3 years from 52.2 years and the Gross National Income has risen to $1381 from $1240. The country is prone to many outbreaks such as Ebola which had a devastating impact.

One of the oldest republic and also one of the poorest in Africa is Liberia. Although the country has enjoyed peace and stability since the civil war ended in 2003 it has faced many challenges where the government failed to address systematic, developmental issues and also when the African nations suffered from Ebola outbreak, the country with 4.9 million people struggled to recover.

Liberians are now trusting their Prime Minister to end their economic struggle, where when the current PM was elected in 2017, he promised Job Creation, Economic diversification, and investment in critical produces and products and also faces an uphill task of gaining the Liberian Dollar Price which is on a downward trend.

The country bordered by other 2 countries in the list of poor countries of the world, Burkina Faso is a former French colony that has suffered from serious instability, conflict, and coups since gaining independence in the year 1960. Added to that drought swept across the country which resulted in a dip in GNI.

The country currently has a GNI of $1705 and a life expectancy of 61 years. The country faces a serious humanitarian crisis which might further develop losses.

The reason being the country has improved outlook fuelled by a stable government and also a considerable amount of support from the IMF and World Bank. The country is largely dependent on rain-fed crops but due to changing weather conditions, the country is suffering from drought. Due to this, living in Urban Areas, food insecurity is rising.

The 4th largest country in Africa, Mali is bordered by Burkina Faso which is also one of the poor countries. The capital of Mali, Timbuktu once flourished as a major trading post. Mali gained independence from the French in the year 1960 and has a GNI of $1965 with an average life expectancy of 58.9 years.

The small east African nation of just 3.5 million people is one of the world’s least developed countries. It is a country that is dependent on agriculture where 65% of people live in rural and 80% in urban areas. Eritrea was ranked at the last position in the 47 Sub-Saharan 2020 Index of Economic Freedom of the Heritage Foundation.

The Food and Agriculture Organization estimates that the country faces major drought every 3-5 years and in the year 2020 to it suffered from economic, personal losses also it is facing loss from locusts’ attack. The country is unstable due to social and political instability. It has been facing since the year 1993 where it had militarized leadership and all the land was considered state-owned with property rights being non-existent.

South Sudan is the newest nation that gained independence on July 9, 2011, six years after with Sudan which is termed to be the longest-running civil war in Africa. However, till today violence has continued to ravage this land-locked nation. In contrast, South Sudan is a very rich nation but with oil accounting for almost all of its exports, the commodity prices have made it difficult for the economy to grow.

One of the very rich countries in terms of natural resources in the Central African Republic which has gold, oil, uranium in high numbers. However, the people who live here are poor and they claimed the title of the poorest country in the world. However, the nation of 4.9million citizens is now growing and is showing some signs of progress.

The country since gaining independence from France in the year 1960 elected its current president who is also a mathematician and a peacemaker. With his position, he has taken an important step towards national reconstruction. The country’s 75% of the population is living below the poverty line and a large part of the country is still controlled by anti-government rebels and militia groups hence, the path of recovery is still strong.

The country is now recovering with the timber industry and revival of the agriculture and mining sector. It has partially resumed the sale of diamonds and the government has restored sales and also controlling internal inter-religious clashes.

Niger is the country where 80% of it is covered by the Sahara Desert and has been facing constant challenges such as violence, migration, climate change, and excessive population growth.

In the year 2011, Niger elected a new president and since then with new investment code, improved access to credit, and faster access to water has led to sharp FDI. But due to the Covid-19 pandemic, Niger has once again plunged to what it was before and the country’s growth projection rate has been decreased to 1% from 6.9%. 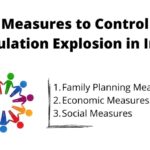 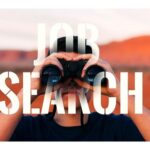