In April 2011, Arunima Sinha, a national volleyball player in India, was thrown from a moving train by thieves for rejecting to give her gold chain.

Her left leg crushed by the passing of the trains had to be amputated. That did not stop her from dreaming about the impossible. On May 21, 2013, the tip of the Everest was claimed by Arunima.

Arunima Sinha was a national volleyball player traveling from Lucknow to Delhi. She was wearing a gold chain and this was observed by thieves on the train.

They asked her to give the chain, and there were many people in the compartment but no one helped her.

As the spirit of a player “never let go” was the attitude and she refused to give the chain.

Immediately they threw her out from a moving train to the ground unfortunately, another train was passing by the opposite track.

She was banged to that train and fell again on the track. After both trains moved away she tried to stand herself but she saw her leg cut-off, the blood was flowing and bones of other leg were also broken and came out.

The entire night, she was shouting in pain but nobody tried to help her. But the horrible thing is that, because of her leg broken and blood, little rats came and chewed her leg.

Also, read the article: Where is Humanity?

She was consciously aware of what is happening around her but there was no movement in her body. Every second she was thinking about how to survive.

In the morning some villagers saw and took her to Bareilly District Hospital in U.P.

There the doctors were discussing themselves that they do not have anesthesia and blood. She hears this and said to doctors about the incident that took place in the last night.

Hearing her words doctors decide to give their blood itself and amputated her leg without anesthesia. Then the news spread over the media’s that she is a national player and admitted to King George Medical College in Lucknow.

Later sport’s minister shifted her to AIIMS Trauma Center in Delhi and got good treatment for 4 months over there.

After a few days, she saw a newspaper written by a twisted story – Arunima didn’t have a train ticket and hence she jumped from the train. she even attempted suicide at that time.

She had 3 fractures to her spine she doesn’t know whether she was able to wake up from the bed or not, but one day she decided to prove herself to show the society what she is.

She wanted to practice mountaineering but the challenge was to take sponsorship as she is from the middle-class family she never ever saw that much amount before.

She tried to raise funds from the people by saying she wants to reach Mount Everest, each individual said are you gone mad?

Somehow she managed to get funds and with the suggestion of her family and brother they went to meet Madam Bachendri Pal for help, who climbed Everest in 1984.

When Bachendri Pal heard the words of her goal-reaching Everest she started crying and said: Arunima you have already reached it in your heart, you just need to show for people’s sake.

She was the only woman who believed her after her family. She started training from the base camp of Everest with the training given by Bachendri Pal, but it was not so easy because if she forcefully keeps her leg down the blood was coming out.

Finally, she got sponsorship and started climbing Everest with a heavy backpack with a team of 6 members, the journey was not so easy.

While moving further she was slipping, again and again, she saw dead bodies who climbed before, the oxygen was getting empty and their team said to go back you’ll get another chance in your life.

But she was not in the mindset to step back because she believed golden chances will not repeat in life, her courage and determination made her reach the goal.

At the top of Everest when she reached she was really proud and shouted loudly saying that she is at the top of the world and took photos and video, to show the youth of India and motivate that they also can achieve something.

Ok now the oxygen was little how could she reach the ground? The team started climbing down, in the near ground Arunima’s oxygen cylinder became empty and she couldn’t move further.

At the same time, the British climber was returning back due to the bad weather condition, he had 2 oxygen cylinders, one of the cylinders were asked and got it, she was lucky and came back alive.

To the people who feel they are incapable, women, handicap, or the people who say I can’t do, she becomes the role model by proving that ‘a will power can do anything’. 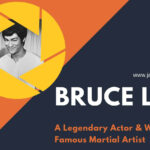