Gazulu Lakshminarasu Chetty who was the Indian merchant, even though he was businessmen he was active in Indian politics and freedom movement. During 19th century British were supporting conversion of Hindus into Christians in Madras province this was opposed under the leadership of Chetty.

Ganapathy Dikshitar Subramania Iyer was the founder of ‘The Hindu’ newspaper in English and also ‘Swadesamitran’ in Tamil. He strongly used his newspapers to create awareness and oppose British Imperialism. He mainly supported widow remarriage, abolishing untouchability and child marriages.

C. Rajagopalachari was been respected by all national leaders for his thoughts by serving various roles in politics and involving in various movements of freedom struggle. Mahatma Gandhi described him as “keeper of my conscience”. He is the first recipient who received India’s highest civilian award “Bharat Ratna”.

K. Kamaraj was the founder and the president of the Indian National Congress, he also served as 3rd chief minister in Tamilnadu. He participated in Salt Satyagraha and went for 2 years in jail, once again he was arrested for a year for protesting in 1932 against the arrest of Gandhi in Bombay.

R. Srinivasan is remembered mainly for his contribution to Dalit uplifting movement, he was closely associated with Mahatma Gandhi and Dr. B. R. Ambedkar. Srinivasan also represented in a round table conference in London along with Ambedkar but he opposed Ambedkar’s move to convert to Buddhism.

Janaky Athi Nahappan was the earliest women involved in Malaysian Independence, she was from a Tamil family. When she heard Subash Chandra Bose asking people to donate whatever they can she immediately removed her earrings and donated later she joined the women’s wing, the Rani of Jhansi Regiment of the Indian National Army.

P. S. Sivaswami Iyer was a lawyer by his profession who supported the Indian independence movement. He strongly condemned the Jallianwala Bagh massacre in the third session of the League of Nations in 1922. He even opposed the Simon Commission at the time of its arrival.

S. Satyamurti protested against the partition of Bengal and was against the British commissions. He was been jailed during Quit India Movement for the activities he conducted not only that he played an important role in madras politics as well. His work in social welfare brought him recognition like support against the Devdasi system etc.

S. Subramania Iyer founded the Home Rule Movement along with Dr. Annie Besent and served as the first chief justice of Madras. He appeared in some main cases like Ramnad Zamindar’s Case and the Meenakshi Temple Funds Misappropriation Case. He was awarded on 1st January 1877 for appreciating his public service by the government. 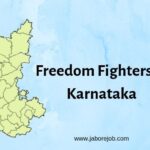 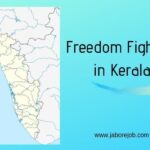