Some years back people were treating Chewing the Gum as a bad habit but today it has become very important substance acting as a remedy for smokers by having as an alternative substance which helps in reducing the concentration of their smoking habit.

There is another reason as well according to researches, it releases the pressure of tension and even helps in controlling anger and many more.

Chewing Gum normally known to be American Phenomenon, but the practice of chewing a form of gum actually dates back to pre-history and Europe.

Thousands of years before, the ancient Greeks chewed mastiche, a resin from the mastic tree, and even the ancient Mayas chewed gum, a rubbery substance from sapodilla tree, but people think it’s a modern invention, no it’s not.

John Curtis was an Individual who invented chewing gum in America before that people were chewing a gum made from the resin of spruce trees.

In 1948 he sold “spruce gum” for people, which created a market for the chewy substance. Slowly the spruce gum was replaced by gum made from paraffin wax, most people liked the sweetened flavor which was sold by Curtis around 1848.

Modern chewing gum was born by accident when Mexican General Antonio Lopez de Santa Anna was looking for an alternative to rubber for manufacturing and contacted the American inventor Thomas Adams to find out if he could use chicle as a substitute.

In the meanwhile, William J. White wanted to produce flavored gum with varieties and tried by adding different flavors like corn syrup, sugar, and peppermint to the gum which became popular in those days.

When he saw the opportunity doing business in the market he started his own chewing gum enterprise in 1891, even today Wrigley’s chewing-gum is famous in the United States.

According to latest stats 100,000 tons of chewing gum being consumed every year, people are using man mad gum sources instead chicle due to the high demand in the market but doing research on a particular company before eating prevents from causing health effects.

Most of the current research focuses on more sustainable rubber production. Currently, the taste of a typical gum lasts five minutes.

The most promising idea for a durable gum is to coat each bar with a polymer layer that slowly releases the flavor, Studies tells that the taste of such a gum may last more than ten hours.

It also helps us in repairing tooth enamel because of the compound amorphous calcium phosphate, crystallizes during chewing, which generates remineralization. This experimental gum would help to protect the people from tooth decay.

Do you know how Instant Coffee was Invented? 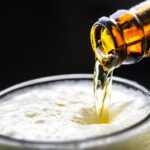