Everyday you or your children use Pencils for writing, drawing but have you ever wondered about Pencil Sharpener no right? Today we will explain you how the Pencil Sharpener Invention took place.

Most of us probably use the things daily but we will not care who created, when it was created, only few will have the curiosity to find out the background, these invention stories are for them.

Imagine if pencil sharpeners were not invented we would have still used blades to sharpen the lead and take off the wood at the tip, how difficult it would be right.

Here is the video showing you how the pencil sharpeners are made in the factories.

Co-incidentally the pencil and pencil sharpener both were patented by the French, the process of making pencils by patented by French painter and the army officer, Nicolas-Jacques Conte in 1795.

Who invented the pencil sharpener? It was invented by the french men named Bernard Lassimone who was a mathematician.

The pencil sharpener took the modern shape since, 1847 with the new sharpener invention by Therry Des Estwaux.

However, the most important advance in the design of the pencil sharpener was probably that of African-American inventor John Lee Love.

He designed the portable pencil sharpener, known as Love sharpener, which is still widely used, especially by artists. This was patented on 23rd November 1897 in America.

The pencil was placed in the sharpener and rotated by hand the waste of the wooden will be collected in the compartment which can emptied later.

The first electric pencil sharpener is usually attributed to industrial designer Raymond Loewy in the early 1940s and sold through a company called Hammacher Schlemmer in New York.

Parts of the Pencil Sharpener

The main body of pencil sharpener is made up of made with metal, plastic or wood. There will be a hole to insert pencil to sharp the tip through a blade fixed along with the screws to the body, with the static position of the body, manually we need to rotate the pencil so that the top layer of wood get’s off and the lead will be sharpen.

Some Facts About Pencil Sharpener 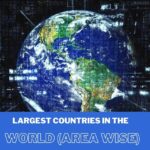