The invention of photography, we remember Joseph Nicéphore Niépce, because he uses light-sensitive chemicals to take the first photograph for the first time.

Photography is an art, creative and an application to produce a qualitative image by recording light or using other methods like electromagnetic radiation with an image sensor or by using photosensitive material like photographic film…

Since the invention of Alhazen (965-1040) of the pinhole camera, which projected an image on a surface, we were looking for a way to “fix” and, therefore, record this image.

In 1727, by an accident, the German chemist Johann Schulze discovered that a mixture of chalk, nitric acid and silver darkened when exposed to the sun and that the darkening rate increased if we added more silver.

By the year 1777, the Swedish chemist Carl Scheele was able to fix it permanently, he used ammonia to make it happen.

In 1826, Joseph Nicephore Niepce found a solution by producing the first permanent photographic image. First, he used a pewter plate covered with bitumen, then quickly changed to silver compounds.

Louis Daguerre produced silver images that were very delicate and impossible to copy. Although the exposure time was 10 minutes, he somehow managed to produce daguerreotypes of famous people such as Abraham Lincoln (1846) and Edgar Allen Poe (1848).

Almost at the same time, William Henry Fox Talbot produced the calotype, in which an intermediate sequence produced a “negative” in the paper that could be used to make a large number of “positive” final prints. Unfortunately, the paper and glass plates were wet.

In 1884, George Eastman invented the dry process. The cameras have become simple to use and all the complex chemistry would be left for further processing.

In 1907, the commercial color photographic plate was announced and 1925 saw the introduction of a 35 mm film. By the end of the 1980s, manufacturing was relatively cheap and megapixel charge-coupled devices threatened to end film technology.

When did Photography come to India?

In 1840, Photography came to India through many British photographers who traveled to India to get pictures of historical monuments and landscapes in the country.

In 1847, William Armstrong Fallon studied the cave temples of Ajanta and Ellora and published a book with Photographic images. 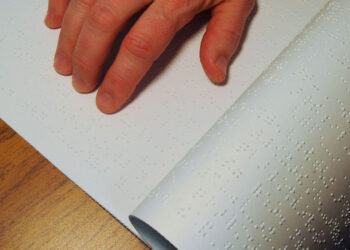