Everyone is interested to know Deepika Padukone Childhood Facts, including you that’s why you are here.

The effort and luck of an individual make them so popular, likewise even Deepika Padukone has come from a normal family background like us and struggled to reach her goal.

1. Deepika Padukone was born on January 5, 1986, in Copenhagen (Denmark) to her father Prakash Padukone, he was an international player of badminton and mother Ujjala Padukone, she was a travel agent. She has a younger sister, Anisha, a professional golfer.

2. Her family moved to India and settled in Bangalore City when she was 1 year old. Deepika completed her pre-university studies in Sophia High School and then Mount Carmel College. She even enrolled in IGNOU to obtain a degree in Sociology but left to continue as a model.

3. As she grew up, she was focusing on badminton and attended State level and National level too, this was possible only because of her father, the interest passed to her.

5. Many times in school Deepika Padukone teachers were supporting her by clearing the subjects only because they were the fans of her father.

Later she felt it is not her cup of tea and entered the fashion Industry as modeling, acted in many advertisement commercials later became the actress for the movies, rest all became history.

6. From childhood, she built up the dream of becoming a Model where one of her classmate Kavya’s mother Anila Anand who introduced her to the modeling field.

When Deepika and Kavya’s mother meet in school times while dropping, where Anila Anand was saying your daughter should be in the modeling field but Deepika’s mother was saying don’t say these things in front of her, that’s how it started.

7. From childhood, their parents were supportive of her decisions, and they never ever created pressure kind of environment in her career decisions specifically.

8. She got formal training in Bharatnatyam dancing in her childhood itself which helped her to show “WoW” movements in her dance performance in movies today. 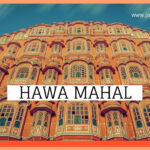 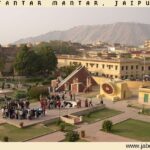