Mango showers are a familiar term to describe the onset of precipitation before the monsoon. Sometimes, these rains are generically called “April rains” or “summer rains”.

They are notable in much of South and Southeast Asia, including India and Cambodia. In South Asia, these rains have a great influence on human activities due to rainfall on crops have cultural importance such as mango and coffee.

Which months are affected by Mango Showers in India?

These rains usually occur between the month of March to April, though their arrival is usually tough to predict. Its intensity can vary from light rains to heavy and persistent storms.

In India, mango rains are the result of the development of a thunderstorm in the Bay of Bengal. They are also known as “Kal Baisakhi” in Bengal, “Bordoisila” in Assam and “Coffee Shower” in Kerala.

Which are the states affected by Mango Showers?

Towards the end of the summer season, there are frequent rains before the monsoon, especially in Kerala, Karnataka, and some parts of Tamil Nadu in India. They help the early ripening of mangoes, hence their name was popular as Mango showers.

What Causes Precipitation at the time of Mango Showers

Precipitation occurs when the cloud droplets (or ice particles) in the clouds grow and combine to become so large that their rate of fall exceeds the upward movement of air at high altitude in the cloud and fall from the cloud.

If the large drops of water or ice particles do not re-evaporate as they fall further below the cloud, reaching the ground in the form of precipitation.

Pros and Cons of Mango Shower

From Mango showers we can expect sudden and heavy rainfall, it is useful to ripe mangoes earlier but it can cause floods and destroy the crops.

The roots of the crops can hold the soil to a certain extent. The low and continuous rainfall helps many crops than heavy rainfall.

More From: Geography of India 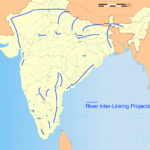 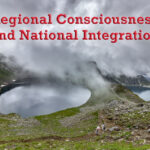