Necrophobia is a specific phobia of fear of dead things or anything associated with a death such as coffins, hangings, funerals, etc. The person dealing with Necrophobia might go heights where they feel getting ill can lead to their death hence they try to avoid anything that might make them feel sick.

Commonly, every person fears death, however, the person feeling from Necrophobia might go one step ahead as much as they might cut off the outside world completely.

Hearing the word of death or watching any death-related news on electronic media, a necrophobic person might go under shock and would have other physical effects such as a panic attack, shortness of breath, dizziness, trembling, accelerated heart rate, etc. For some people, they go under trauma feeling that they might be dying from what is happening around the world.

Necrophobia can be caused by an underlying condition which one might have experienced that includes a near-death experience, or as a young person, they might have seen a close family/friend die which would have instilled a fear in them.

Another main reason is the aftereffect of death that the person might have witnessed which makes him feel that they should avoid any such incidents that make them important to stay healthy and alive.

Necrophobia is common in everybody and can be treated, it can be overcome with Cognitive Behavioural Therapy. This includes a doctor who treats the patient will try to help the patient overcome the fear a series of the questionnaire, also with the use of modern technology, one can help with images, videos and much other technology to help a person overcome necrophobia.

The doctor will help the patient saying it is a part and parcel of life and one needs to accept death. Other relaxation therapies such as Yoga, Meditation, deep breaths, trying to visit funeral and steps can be done later while the person tries to overcome his fear.

Necrophobia, in general, can be treated easily, however with Nosophobia which is fear of diseases, a patient might take a long time to recover. 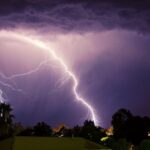