Pandit Jawaharlal Nehru is a remarkable figure in the history of India not only because of his modern vision but also because of his versatile personality.

In addition, he has been one among the top freedom fighters names, a great leader and a politician, he is also known to be a very affectionate, encouraging and influential father to his only daughter, Indira.

Each year, his birthday is celebrated as Children’s Day, whose goal is to highlight the importance of children’s happiness in the progress of the nation.

In this article, you will find all the information of Jawaharlal Nehru which is required you to know has been covered in detail.

Panditji was educated at home by a series of caregivers and housewives until the age of 16. His interest in theosophy and science grew thanks to the encouragement of Ferdinand Brooks, one of the tutors.

In 1905 he went to Harrow, a school in England, to begin his formal education. He was an avid reader, who spent a lot of time learning about literature, politics, history, and economics.

In 1907, he entered Trinity College in Cambridge and graduated with a degree in natural sciences in 1910.

He studied law at the Inns of Court Law School and became a lawyer in 1912. He returned to India and began his practice in the court of Allahabad.

He grew up with his childhood by listening to the insulting and oppression manner, the British treating people.

British came to India when Queen Elizabeth gave a charter to the East India Company in 1600. They slowly occupied with all Indian trades by destroying the Indian companies in a cruel way possible and exporting the needed resources to their land and even finding the market for British goods in India.

In 1858, after the Revolt of Mutiny transferred the East India Company to the British Crown.

On the Political side, Indian National Congress started in 1885, it was concentrating to get the attention of middle-class people who are educated. Where Pandit Nehru’s father was attending those meetings in the while.

In May 1905, when Jawaharlal Nehru was at 15 years of age he went to England along with his family for studies.

At the same time, the partition of Bengal took place in India, since this incident people raised the voice against the British they even burnt the goods of the British on large scale.

He continued his studies at Cambridge University London. After 7 years of England’s journey, he returned to India in the summer of 1912.

At the end of the same year politically India was poor, for him politics was aggressive, Nationalistic activity against the foreign rule and finding the scope for the country, but nothing was visible.

He joined the Congress and participated in active meetings. In 1912, Bankipur congress during Christmas time held a meeting, it was just a social gathering without having any purpose.

There were many people but Gopal Krishna Gokhale attended it and was the outstanding person he was looking at the gathering.

World war broke out in 1914, 2 allied powers of Germany, Austria, and Italy with England, France and Russia and everywhere tension created along with bloodshed.

Even though India was not part of this War but because of the British control of Indian soldiers, they also fought along with the British, there were many vacancies created in the army continuously for the purpose of War.

In 1916, Jawaharlal Nehru at the age of 26 got married to Kamala Nehru, who was a Kashmiri girl. Indira Priyadarshini Nehru was the daughter born for them in 1917 later who became a great leader as we all know.

End of the War in the year 1919, Lenin started a great revolutionary in India, where the British brought Rowlatt Act (arrest without any prior information or formalities) to suppress those kinds of Revolutionary movements which made Indians anger.

Mahatma Gandhi who was the inspiring leader and was the hope of getting people from darkness to the light came to support Indian people to get free from the British.

His teachings were Truth, Non- violence, and Fearlessness but the British were following the totally opposite direction of these thoughts, even then Gandhi was determinate of his actions.

People were following him but still, the pain and suffering were uncountable with the Englishmen torture.

The Indian National Congress adopted the Gandhi plan boycott the British goods, following non-violence, the boycott of official functions, boycotting the payments and taxes to the Government, etc.

From then the people started creating their own Khadi clothes to showcase the Unity among Indians to the British.

Imperialism was dominating with cruelness which has been seen at the time of Satyagraha conducted against the British Rowlatt Act.

Jawaharlal Nehru was feeling ashamed of how the people were treated and the poverty they are facing, hence he became the follower of Gandhi.

The part was getting more strength as days goes on and Nehru visited many villages and inspired people to work against the British through his meetings.

He was facing health issues and recommended to go to Switzerland, After 13 years he visited Europe over there many changes occurred due to the Wars and other things.

Even though Gandhi and Nehru have different opinions intellectually, they both respect each other and even exchanged many letters between them exchanging their thoughts.

The British Government sent the officials to collect the necessary reforms and policies to be implemented for the future and that was called Simon Commission (consisting of 7 British Members), the people of India were against them and fought with them.

In 1928 & 1929 there were only Labor disputes and strikes all over the place, many heads of the groups were arrested which led to the beginning for the Meerut trial which lasted four and a half years.

1929 Congress meeting held in Lahore, where he mentioned the exploitation of British over Politics, Cultural, and Spiritual.

In the meeting, he declared that January 26th as Independence day and called people to attain Purna Swaraj by throwing the British from the country and to get complete Independence.

Independence day came on 26th January 1930, it showcased the mood of the country and the celebration gave them hints to Gandhi then he started planning to take his actions. But the question was how to begin?

But Jawaharlal Nehru was sad because he was having more expectations from the settlement.

Later he landed on Bombay many leaders were arrested including Nehru at the time, he serves 2 years of imprisonment.

Nehru’s mother in Allahabad has beaten with lathi(stick) repeatedly in the protest and bleeding in the road this message Nehru received and felt bad.

In September 1932, the Jawaharlal Nehru received a message in jail that Gandhiji decided fasting till the death, this news made Nehru think a lot of question in his head if Gandhi dies what is India’s future and how the political system takes place and many more questions.

Later his thoughts were clear to the vision of getting freedom even if Gandhi dies.

On 4th September 1935, Nehru was discharged from jail but there was no happiness due to the wife’s critical health condition.

Sometimes he felt bad because he did not give time to her but his vision made him convince what he is doing is right.

She was also supporting the freedom movement but not with the shadow of Nehru she wanted to fight alone. She became the pride of Allahabad for her work when Nehru was in jail. She left her last breath on 28th February 1936 in Switzerland.

Jawaharlal Nehru returned to India to start his remained work, soon he came he was to address the Annual day of Indian National Congress.

He mentions the socialism is the only solution for India and the world because after Independence the fascist should not capture the power.

In India, as we know there are many religions, even in Congress, there were many Muslim leaders, the main we need to focus on Muhammad Ali Jinnah. He left the Congress when the party was taking a shape.

The Muslim league was created in 1906 with British encouragement in order to prevent new Muslim members joining the Congress. Divide and rule was the only policy British was following.

Jinnah was unique in the Muslim league and able to get respect from other members. Many times Jawaharlal Nehru wrote the letters to him asking what he is expecting from Congress? and what were the objectives of the league?

Jinnah was demanding a new theory that India consists of 2 Nations Hindus and Muslims, then Nehru replied if religion was the base India should have many Nations based on the variety of religions exist that is not a possible solution.

Jinnah’s 2 nation theory created congress tension with the ideology of the league, an election was conducted in National Congress Subhash Chandra Bose got elected as president of Congress.

Bose had a different opinion on Nehru’s Foreign policy. Bose and Congress have different ideological mismatches mainly with Gandhi’s policy then he resigned from the post and started forward block, thought the aim was the same they both went in the opposite direction.

There was the Second World War going on, which resulted in the destruction of England by the war held between the Nazis and the British.

The Britishers of India also made the people of India to get involved in the war, Indian people representatives opinion were not even considered by them and resulted one by one resigned to Congress party.

On 31st May 1932, Mahatma Gandhi stated it is time to get complete Independence I can’t wait anymore, then he made a resolution of the party and for the people to follow Quit India Movement.

Finally, the World War ended, later the British became weaker and accepted to move away from the country but with the conditions including the partition of India and Pakistan. This one condition made many bloodsheds of Hindus and Muslims but there was no choice of accepting it.

We got freedom on 15th August 1947, after our constitution was framed Pandit Jawaharlal Nehru became Prime Minister of India from the National Congress and worked towards the poor facing many challenges in India.

The Political Career of Jawaharlal Nehru

Despite his training as a lawyer, Jawaharlal Nehru did not find the call stimulating. He was more inclined to join politics, but he did not have a concrete plan.

He attended the meeting of the National Indian Congress (INC) but was disappointed to see the passive attitude of its members.

In 1916, he had the opportunity to meet Mahatma Gandhi, whose political views impressed him greatly.

In 1921, when the British government declared that some INC members were banned, Panditji went to prison for the first time.

In 1929, Panditji became president of the INC and led the important Lahore session.

Their modern conceptions, which place a strong emphasis on political action, have attracted a growing number of young people in the struggle for independence.

Jawaharlal Nehru became the first prime minister of India in 1952 and held that position until his death in 1964.

His government brought several agricultural reforms and industrial policies to put India on the fast track of growth and prosperity.

He was a fervent supporter of mass education, especially of children. As a champion of secularism, he encouraged greater minority participation in mainstream politics.

Nehru Was a Wonderful Writer

Jawaharlal Nehru was not only a statesman, but he was also an accomplished writer who wrote in captivating English.

In addition to the projects, speeches and resolutions for the Congress Party, he also has several books to his credit.

His autobiography, “Towards Freedom” was written while he was in prison. His deep interest in understanding history is evident in his books, such as Glimpses of World History and Discovery of India. 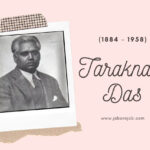